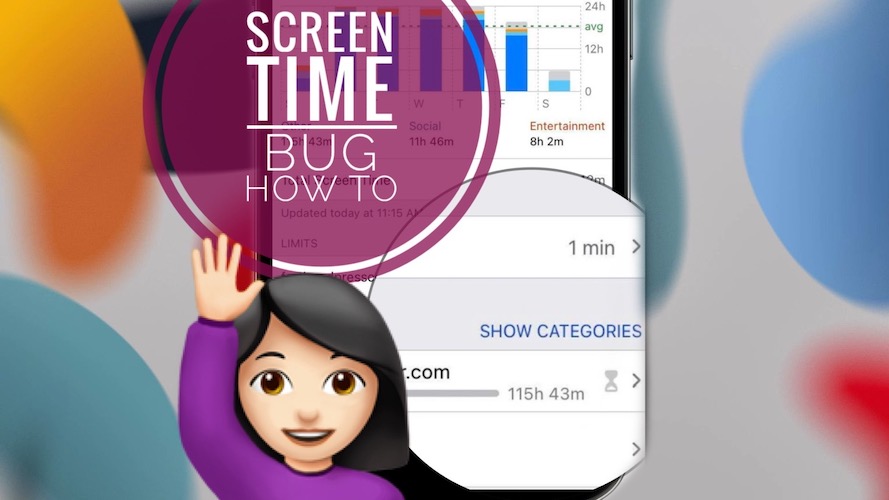 A strange iOS 15 Screen Time bug is causing iPhone to display wrong screen on times! The data is obviously inaccurate because users confirm values of 24 hours or more, which is obviously impossible! The most frequent apps involved in this glitch are Safari and Twitter.

Affected users report unexpected screen on time values reported for websites that they don’t remember visiting, or barely browsing for a couple of seconds.

Matias informed us about getting 36 hours and 24 minutes of usage for a website that he only briefly browsed:

We’ve found similar reports on Reddit. An user informs about a ‘record’ screen on usage of 115h and 43m, registered for a .com website that he claims he has never visited.

While others confirm crazy usage hours for Twitter ever since the late iOS 15 beta stages:

“I have been experiencing irregularities in my screen time on multiple occasions…On one occasion, it shows 24 hr screen time for twitter which is not only incorrect…but doesn’t even make sense.”

How To Fix Screen Time Bug In iOS 15

A permanent fix for this issue has to be provided by Apple through a software update. The one upcoming is iOS 15.1. However, until then you can apply the following troubleshooting steps: 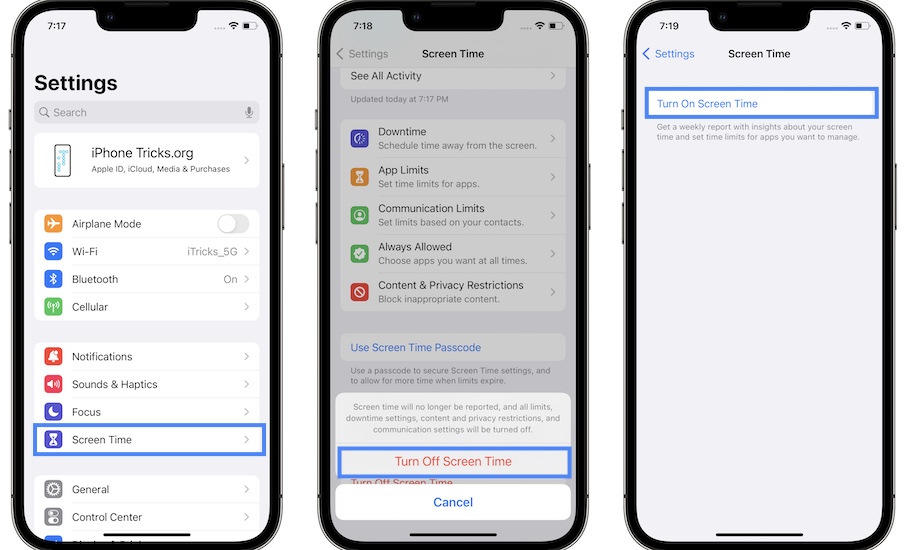 Turning the feature Off and back On will reset Screen Time on your device. So, perform a screenshot before you do it:

An iPhone restart will also help to clear minor glitches. If the Screen Time glitch persists I recommend you to reboot your device.

You can either switch it Off and power it back On, or apply the force restart combo, to do it all in one step!

To fix this Screen Time bug, you can also remove and install the app that’s scoring crazy screen on times.I recommend you to use the offload feature, to avoid losing the app’s data in the process.

How to: Browse for Settings -> General -> iPhone Storage. Scroll for the affected app and use the Offload App option. Go for Reinstall to quickly install it back without losing data.

Last but not least, because in most cases we’re dealing with various websites that are reported as ‘Most Used’ you can force quit Safari, to make sure that those websites are not active in the background.

Next, you can also browse for Settings -> General -> iPhone Storage and scroll for Safari. Tap on Website Data -> Remove All Website Data.

Conclusion: Is this an iOS 15 Screen Time glitch or the usage is actively happening in the background and it leads to actual battery draining. Those affected please share your thoughts in the comments section!

Have you managed to fix this annoying iOS 15 Screen Time bug ? Do you have a better solution? Use the comments section and share your feedback.