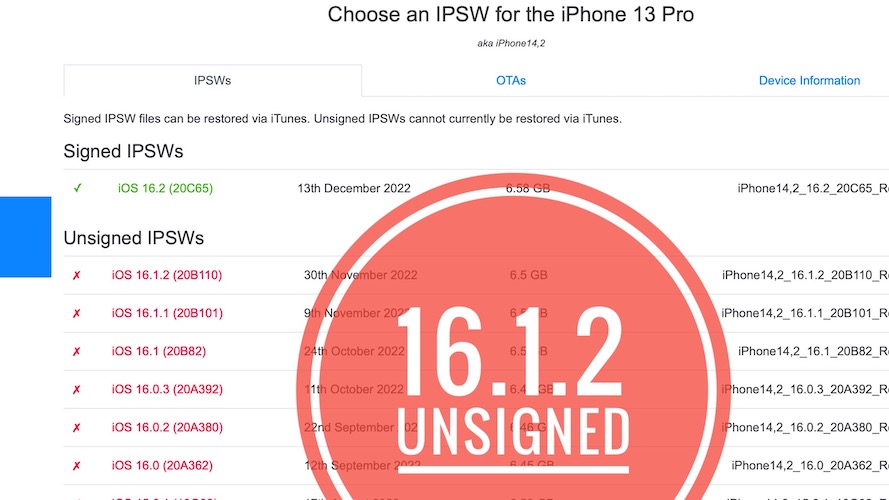 The news has been released by iSoftwareUpdates on Twitter and confirmed by ipsw.me!

iOS 15.7.2 (19H218) is also signed, however Apple only made it available to iPhone and iPad models that aren’t able to run iOS 16 or higher. More info available here.

This should be the list iOS signed status modification before the Christmas and New Year holidays and you might be curios if iOS 15.6 RC is still signed!

That’s because it was the only signed version still available for devices already updated to iOS 16.x. This meant that downgrading to iOS 15 was still possible.

We’re currently attempting to downgrade an iPhone XR from iOS 16.3 beta to iOS 15.6 RC and will update if it still works over here! Stay tuned!

Related: Are you looking for a way to downgrade iPhone or iPad? Here are some of our most recent articles:
– Downgrade iOS 16.3
– Downgrade iOS 16.2
Tags:iOS 15iOS 16iPadiPadOS 15iPadOS 16iPhoneSigned StatusUnsigned
Previous Post
Next Post