Posted in Reviews, News by Patricia on September 28, 2022 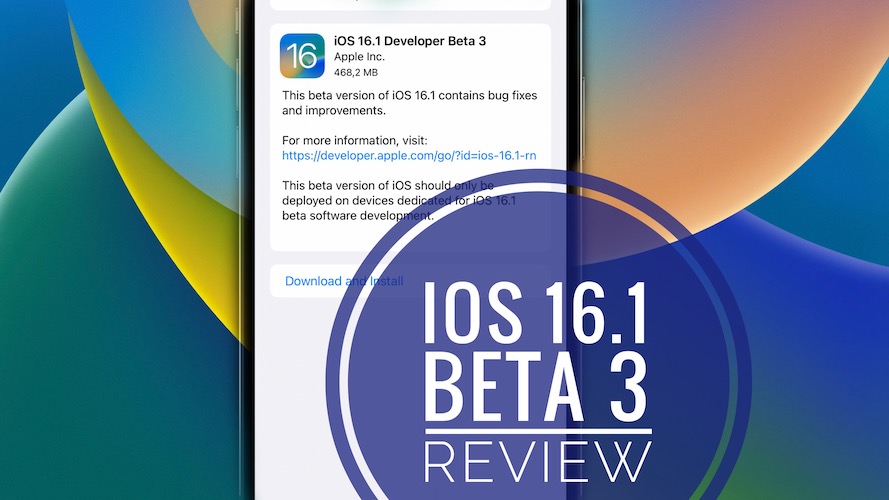 Here are all the issues reported by users while running this version, along with available workarounds. Check them out before installing:

Tip: Apple is continuing to fine tune the Matter connectivity protocol. Issues encountered regarding this new implementation are available in the Developer Beta 3 release notes.

Below you can find a list with all the changes spotted in this release when compared to the previous test version:

Tip: For more iOS 16 features you can check our extended Beta 1 and Beta 2 reviews.

Issues reported in iOS 16 and fixed for the first time in this version are listed here:

This update is available, over-the-air in Settings -> General -> Software Update as long as your iPhone is running a previous iOS 16.1 beta and the iOS 16 Configuration Profile hasn’t been released in the meantime.

Else, you have to download and install the iOS 16 Beta Profile, restart iPhone and look for a Software Update again.

How to: iOS 16 Configuration Profiles are available on the Apple Beta Software Program website. Here is a step-by-step guide about how to enroll your device!

Have you installed iOS 16.1 beta 3 on iPhone? What’s your feedback? Spotted any changes not mentioned in this article? What about new bugs? Share your feedback in the comments!