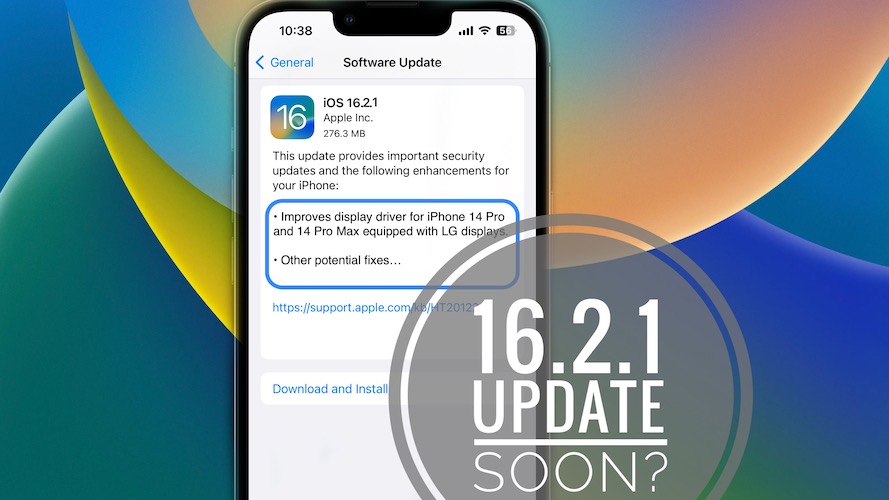 Apple is planning to roll out iOS 16.2.1 update with bug fixes for iPhone. This minor release is expected , to address an iPhone 14 Pro display issue causing horizontal lines on the screen!

There’s not official confirmation from Apple but users that have complained to Apple’s support department, reported that they’ve been informed by a Senior Advisor that iOS 16.1.2 will be released soon!

The yellow / green lines on screen issue must be an inconvenient one for Apple, especially because it seem to affect brand new devices manufactured since the second part of November that have been equipped with LG displays instead of Samsung!

Update: Apparently, Apple has considered that this bug did not require an urgent correction and has included the fix in the upcoming iOS 16.3 update, according to the release notes published in the Release Candidate update.

Apple is usually quick to reach when a problem casts doubt on the manufacturing quality of their devices and we aspect a software fix for this issue to be pushed very soon.

As this Reddit user suggest the yellow line issue should be fixable with an update to the LG display driver!

Considering all this, the most likely release dates are . Apple won’t seed a software update during the holidays!

Update 2: Apple won’t release iOS 16.2.1 anymore! The Cupertino-based tech giant has announced that iOS 16.3 will be released next week, in time with the release of the new M2 Pro and M2 Max MacBook Pros, the new M2 Pro Mac Mini and the new HomePod 2!

If Apple will rush this update just to cover the yellow lines display glitch, it’s very likely that the update will be only available to the iPhone 14 Pro and iPhone 14 Pro Max models, because they’re the only ones packing LG displays.

This means that other bugs reported in iOS 16.2, might be addressed in a subsequent iOS 16.2.2 bug fixing release expected after the New Year!

Do you thing the Apple will release iOS 16.2.1 update before the end of the year? Which iOS 16.2 bug fixes would you like Apple to prioritize? Share your feedback in the comments!