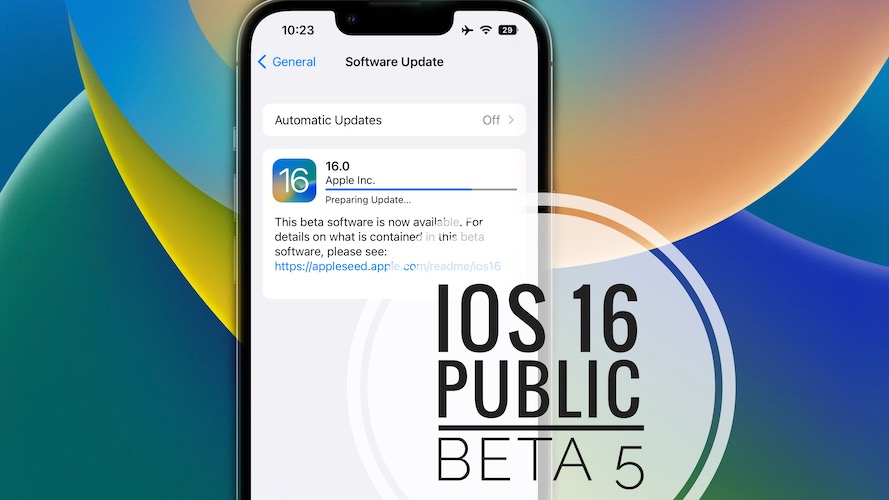 Apple has released iOS 16 Public Beta 5 update. It comes with the same build number 20A5356a, as yesterday’s Developer Beta 7, which confirms that the two versions are identical. Check out what’s new including issues, bugs fixed and features!

Before you update to this latest release check out the new bugs that have been reported so far:

Here we update the problems solved by this release, when compared to PB 4:

Any changes spotted in this update, when compared to Public Beta 4, are mentioned here: 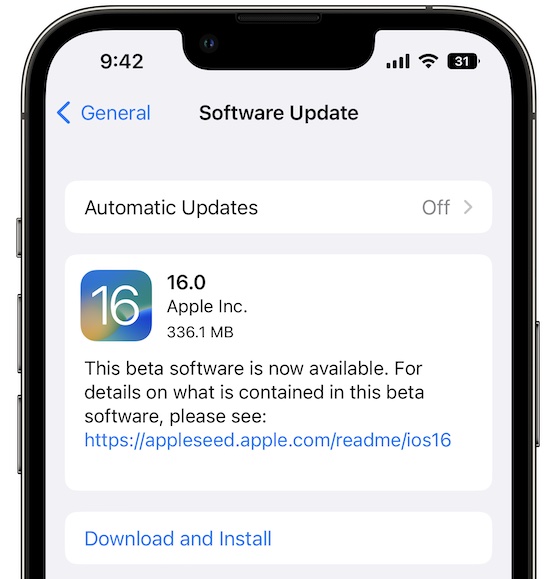 Tip: You do need the iOS 16 Configuration Profile installed on your iPhone / iPad for the update to show up. You can enroll your device by signing in to Apple’s Beta Software Program website, using your Apple ID. A step-by-step guide is available here.

Is the update not showing up in Software Update?

If your iPhone already runs an iOS 16 beta version please check if the Configuration Profile is still installed in:
Settings -> General -> VPN & Device Manangement. If it’s not there use the tips provided above to install it.

Else, reboot iPhone and try again. iOS 16.0 update should show up!

Have you installed the iOS 16 PB 5 update? Did you spot any changes that aren’t mentioned in this article? What about bugs fixes, or new issues? Share your feedback in the comments.

Fact: It’s a premiere for this beta testing stage that the iOS and iPadOS versions have a different build number and even a different version number, confirming that iPadOS 16 release will be most probably delayed.