iOS 16 Allow Paste Popup? Would Like To Paste From? (Fix!) 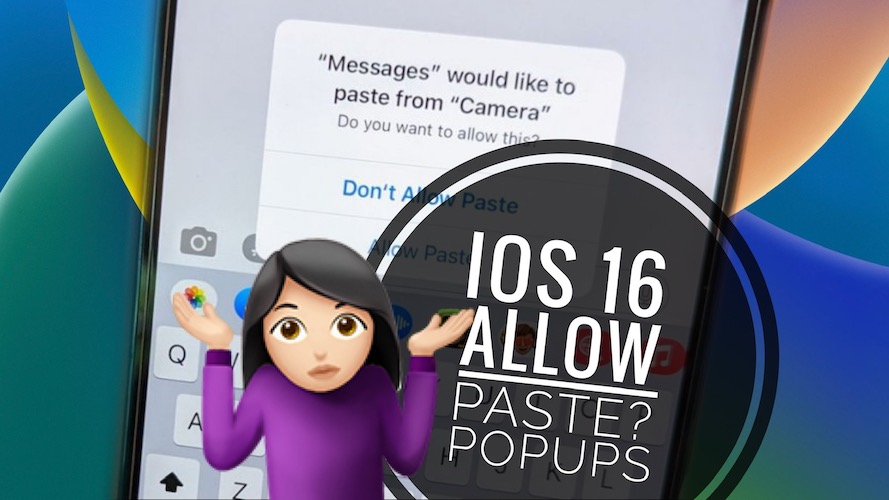 Are you annoyed by frequent iOS 16 Allow Paste requests? Popup asks if you would like to paste from and app to the other, even when data is imported between stock iOS applications? Here is what you can do about it!

This annoying behavior has been reported by Emilia on our iOS 16.0.1 review page:

“I’m frequently asked to allow paste between apps. Is this normal or a bug?”

I couldn’t replicate the issue on an iPhone 13 Pro but found similar reports on the web and most of them are related to the new iPhone 14 and iPhone 14 Pro models.

Are you also asked if you would like to paste from an app all the time? Share it in the comments please. Also mention iPhone model and which apps are triggering this popup.

Apparently, Apple has changed the way apps are able to access the clipboard in iOS 16. This has been done to prevent them from copying/pasting data without permission, and third-party apps are yet to be update to this new behavior.

Are you experiencing the same?

Update: Apple has fixed this issue in iOS 16.1 Beta 2 and will most probably provide the fix in the upcoming iOS 16.0.2! Stay tuned!

Update 2: iOS 16.0.2 has been released and the ‘would like to paste from’ fix is confirmed in the release notes! However, users that have updated are still complaining about annoying Allow Paste popups! What’s your feedback? Share it in the comments!

How To Fix iOS 16 Would Like To Paste From Request

Unfortunately, if you tap Allow Paste the permission is valid only for the current action only and not for all upcoming interactions between the two apps.

The classic Always / Never / Once options for allowing an action are replaced by the dull Don’t Allow Paste and Allow Paste options, with the first one being bolded and suggested!

This means that you will be prompted with the ‘would you like to paste from’ request over and over again!

Unfortunately, at the time of writing, there’s no iOS 16 setting allowing you to disable Allow Paste popups. So, here are a few things that you could try: 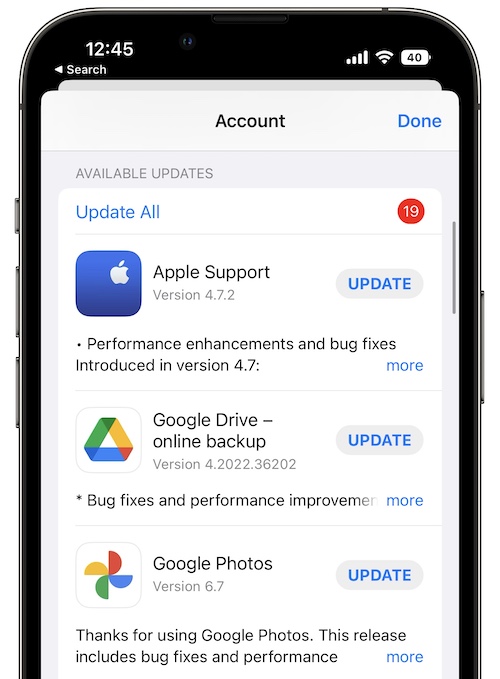 As mentioned above, third-party apps might have to adapt to these new iOS 16 requirements. So, scan the App Store daily for new app updates and install them as soon as they become available.

ADHDK Reddit user, confirms that he’s not getting the Allow Paste requests for new, updated apps. Have you noticed the same.

The iOS 16 Allow Paste request are definitely glitching out and Apple will have to fine tune them in an upcoming software update.

This could come in a small iOS 16.0.2 release or later on in the scheduled iOS 16.1 update (October), which is currently beta tested.

Have you managed to disable iOS 16 Allow Paste popups? Do you have a better solution? Use the comments section to share your feedback!

Related: You might be interest in other iOS 16 bugs and their available workarounds. Check our extended review here.

43 Responses to iOS 16 Allow Paste Popup? Would Like To Paste From? (Fix!)