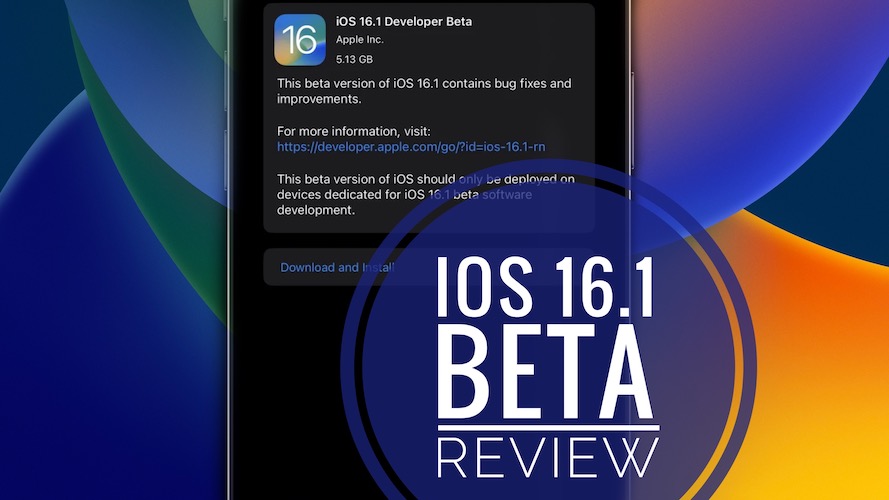 Apple has released the first iOS 16.1 beta build number 20B5045d for Developers and Public Beta testers. It comes with new features, bug fixes as well as its own share of bugs and issues, that have to be fine tuned until the public release expected for October, alongside the delayed iPadOS 16!

Check out a list with the new features uncovered in this version:

Problems reported in this release are mentioned below together with available fixes:

Fact: For more details regarding known issue you can also check the iOS 16.1 Beta release notes for Developers.

Issues reported in iOS 16.0 and fixed in this release are mentioned here:

(Update, September 15)
This version is available to registered Apple Developers as well as Public Beta testers!

For the update to show up in Settings -> General -> Software Update, you need the appropriate configuration profile installed on your iPhone.

The iOS 16 Public Beta Profile can be downloaded from the Apple Beta Software Program website. A step-by-step guide is available here.

Have you installed iOS 16.1 beta on iPhone? Did you spot any other changes not mentioned in this article? What about bugs? Share your feedback in the comments!