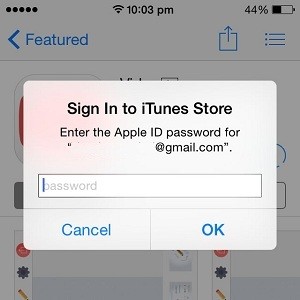 iOS 8.3 is packed with an impressive series of improvements and fixes, but sadly there has to be a balance in everything. Controversy is currently unfolding because of a new glitch that determines App Store to request users for their Apple ID password, whenever a new application purchase is initiated.

It doesn’t matter if the app to be downloaded is FREE or PAID, Touch ID is bypassed every time. Yes, this isn’t a huge game changer but it’s extremely annoying to type your password every time you want to grab an app. Plus, the situation is really embarrassing when you consider the your safest and revolutionary fingerprint sensor is obsolete in your own app store.

It’s a lose-lose situation both for users, which have to spend more time on the App Store and also for developers, that surly experience a decrease in sales, because the end-user might get discouraged from purchasing after repeated password requests. If developers lose money, so does Apple and this is why a rapid solution for this bug is expected soon. 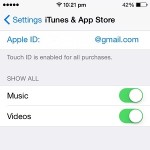 Until now iPhone users where able to use their fingerprint to validate a purchase or a free download on the App Store. The Apple ID password was requested only the first time after rebooting your device. From then on, all other purchases where cleared with the help of Touch ID (if feature is enabled in Settings -> iTunes & App Store). iOS 8.3 has changed the rules though and a strange bug is asking for the user’s iTunes password for every single download! 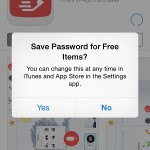 We’re aware that iOS developers have tweaked security settings in App Store. iOS 8.3 changelog confirms this new feature that allows to disable iTunes Store log-in request when attempting to download FREE items from the market. The first time you visit App Store after updating to the new iOS version, you’re asked if you wish to enable this new setting. You’re also informed that you can tweak this option any time in the Settings app on your iPhone. However, there doesn’t seem to be any new field to regulate this feature in the iTunes & App Store menu! 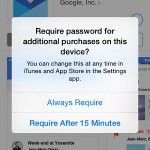 Another App Store security prompt received by iPhone users after updating to iOS 8.3 is the one asking if there is a Touch ID or password validation necessary for every PAID purchase, or only every 15 minutes after a new addition. This one is deemed for users that buy several apps at a time, but again there is no sign of an option to tweak this setting in the Settings -> iTunes & App Store menu!
Let’s hope that this Touch ID bug can be fixed fast. I’m curious if it will be solved with a simple App Store update or another quick iOS upgrade is needed to fix the bypass!
Important: This flaw is not encountered by all iPhone users. Most reports confirm it for the majority of iPhone 6 and iPhone 6 Plus devices, while there are iPhone 5S users that did not complain about it! What’s your status? Share your comment below!