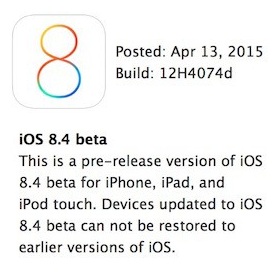 Only a few days after the release of iOS 8.3, Apple has provided the first beta for its upcoming mobile software version! After we got ourselves a new set of Emojis with a revamped keyboard layout, iOS 8.4 promises to continue the trend, set by it’s predecessor, and completely update the native Music app.

iOS developers, the only ones with access to the seeded betas, are able to test drive the new Music application. Here is what changes and new features we could notice, and what should expect when this crucial entertainment app update will become available: entirely new design; new MiniPlayer; Global Search; Up Next; Streamlined iTunes Radio and much more. 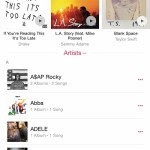 iOS 8.4 Music App Update
One of the things that is immediately noticeable is the entirely new design. You can edit playlists and make them stand out by attributing them an image from Camera Roll and writing a description.
In terms of layout we can notice that the Recently Added section has been moved towards the top of the Music library, making it super easy to start playing the newly added tunes.
Functionality has also been improved, helping you to always be a single tap away from playing your favorite tracks. 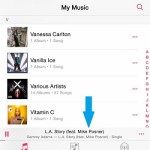 While music is unfolding you can multi-task with the help of the new MiniPlayer, that allows you to control the ongoing songs, while browsing through the library.
If you tap this little player you’ll be instantly redirected to the Now Playing view, which comes with new design that spotlights the album’s artwork.
Be a DJ until the end an use the Up Next feature to edit the Current Mix. Add tracks, reorder or simply skip a song that you don’t like, using this new menu. 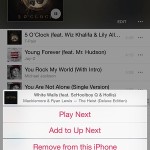 If you have trouble finding a song you can now use Global Search from every screen of the Music app, by taping the magnifying glass available in the top-right corner.
The bottom navigation footer accommodates now only three sections for a simplified experience: My Music, Playlists and Radio instead of Playlists, Artists, Songs, Albums and More. The iTunes Radio feature plays also an important role in the updated Music app. Discover fresh music and easily access recently played stations!