iOS 9.1 Adds Middle Finger Emoji Along Many Others 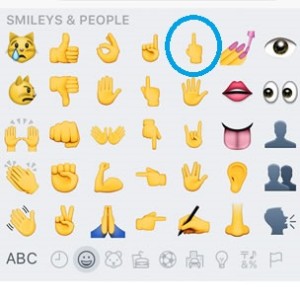 Yesterday we’ve shown you how to install the iOS 9.1 developer beta even if you’re the average iPhone user. That’s if you are curious enough to see what’s upcoming for the most advanced mobile OS system on the planet. Now, it’s time to take a look at one notable add-on which consists in a series of new emojis featured by the built-in keyboard.

Apple has made a good habit of constantly upgrading the iOS emoji database. iOS 9.1 brings a series of new smiley faces, along with a fresh distribution. A few categories have been renamed and several emoticons have been re-ordered. Nevertheless, the most popular and most mention new emoji will be the middle finger sign that spreads only good thoughts to its addressee. 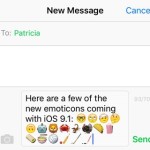 Fact: With these additions that also include the Yin Yang emoticon, dating from 1993, iOS features smileys from all Unicode standards up to Unicode 8.0.