Apple has released its first major update to iOS 9, after around 40 days since the initial release of the 9th software generation of the iPhone operating system. As you might already know two minor rollouts labeled 9.0.1 and 9.0.2 have been available for download in the past month. The first one was released to correct bugs like malfunctioning alarm clock and timers, while 9.0.2 was also aimed to fine tune the fresh iOS 9 generation.

iOS 9.1 is surprisingly miserly when it comes to new features. In fact, the only enhancement that wasn’t already uncovered in the five beta test versions, unrolled during the past few weeks, is the Live Photos improvement. Apple’s reinterpreted gifs are now more intelligent and able to detect when you lower, raise or significantly change the position of your iPhone. If this happens the Live Photo recording is automatically stopped and prevent your iPhone from recording those unsuccessful motion pictures. Basically your device detects that you’re not aiming to snap an animated picture and adjusts the settings accordingly. 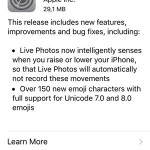 This latest public version is available via over-the-air update (OTA) or through the iTunes software available on your computer. To update directly from your iPhone, perform the standard steps. Open Settings and browse to General -> Software Update. Allow your device to search for the latest iOS version and tap on Download and Install. The 61 MB big firmware will be first downloaded from Apple’s servers and then unpacked on your iPhone.
In case you prefer the iTunes update option, connect your smartphone with the computer via the lightning cable and check for the new version.

Fact: As always your iPhone has to have a battery charge above 60% or be connected to a power source before starting the installation. The firmware download can occur at any battery percentage, but the actual unpacking won’t start unless the above condition is met.

Tip: If you’re too busy you can schedule an automatic OTA update during nighttime!

iOS 9.1 Main Features
As mentioned before this first important software update isn’t too spectacular. Here is a list with the most important changes: 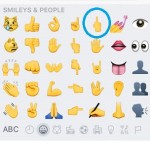 – New Emojis seems to be the highlight of this upgrade. Although 160 new smileys might sound impressive, for many of us that’s not such an eye-catching update. Burrito, nerd, thinker and other faces including the highly popular middle finger emoji, will be found on your native iPhone keyboard after updating to 9.1.
How To: enable Emoji keyboard on your Apple mobile device!
Fact: This emoticon update also adds support for Unicode 7 and 8!

– New Wallpapers: are available as reported after our iOS 9.1 beta 3 review! 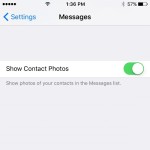 – Show Contact Photos: is a new setting available for users of iPhone 6 and newer devices. It allows you to unveil or hide photos of your contacts within the Messages app, next to the conversation threads. 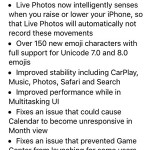 Here you can check Apple’s complete update log for its public iOs 9.1 version:
“This release includes new features, improvements and bug fixes, including:

– Live Photos now intelligently sense when you raise or lower your iPhone, so that Live Photos will automatically not record these movements.
– Over 150 new emoji characters with full support for Unicode 7.0 and 8.0 emojis.
– Improved stability including CarPlay, Music, Photos, Safari and Search.
– Improved performance while in Multitasking UI
– Fixes an issue that could cause calendar to become unresponsive in Month view
– Fixes and issue that prevented Game Center from launching for some users
– Resolves an issue that zoomed the content of some apps 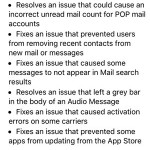