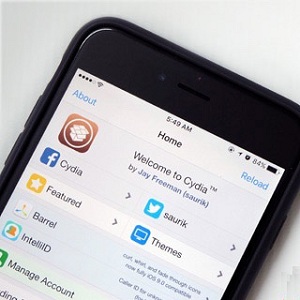 Major update for all iOS users interested in jailbreaking. Pangu team have just released a jailbreak tool covering iOS 9.2 up to the latest iOS 9.3.3 version. By the time I’m writing this article the jailbreak is only available in Chinese language, but it’s only a matter of hours or days until the English version is also published.

The important facts are that this jailbreak works only on Windows. You can also apply it via Mac if you can run a virtual machine using Windows on it. Yes, you need a computer for tweaking your iPhone, but the good news is that you only have to use it once during the initial jailbreak. This iOS crack version is semi-tethered, this means that you have to run the tool every time you reboot your iPhone, iPad or iPod touch in order to be able to see and use the Cydia app on the home screen. The semi- comes from the fact that you don’t need a computer to jailbreak after the initial installation.

iOS 9.3.3 Jailbreak Compatible Devices
One other very important aspect is that Pangu’s latest jailbreak can be performed only on 64-bit iPhones. This means that a series of older iOS devices are out of the questions. Here are those included:
iPhone: Starting from the 5s model onward. That’s iPhone 5s, 6, 6 Plus, 6s, 6s Plus and SE.
iPad: mini 2, 3, 4, Air, Air 2, Pro.
iPod: only a single model, the touch 6G.
Fact: Jailbreakers that hesitated to upgrade to iOS 9.3.3 fearing that Pangu’s version won’t cover this latest release can now safely update, because the tool works iOS 9.2 – iOS 9.3.3.

iOS 9.3.3 Jailbreak Asking For Apple ID
One of the bigger risks when choosing to jailbreak your iPhone is security. This latest Pangu tool asks for the users Apple ID during the installation process. This is a huge one because most of us have all our digital life covered by the Apple ID log-in credentials. I strongly recommend you to think twice before going ahead.
Fact: The jailbreak tool needs your Apple ID, because the free developer account allows it to install the Pangu app on your iOS device. In previous version this was handled via the desktop application. The iPhone had to be Passcode free and with Find My iPhone deactivated.
Tip: You can create a second, fake Apple ID that you only use for jailbreaking to protect your vital data, like credit card info and everything else.

Should I Jailbreak My iPhone?
If you’re not a first timer in cracking your iPhone, you will jailbreak no matter what advice I’ll give you. For your own sake, do it with a secondary Apple ID!
In case you’ve never jailbroken an iPhone before you might wanna wait a little until the dust settles and we can properly review this latest Pangu tool. Stay tuned for more!