Posted in Jailbreaking by Vlad on October 14, 2015 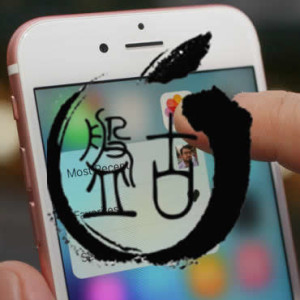 Although we focus on tips and tricks for the factory delivered iOS devices, I can’t refrain myself from informing you that the first iOS 9 jailbreak has just been released. Pangu surprised the majority of Apple power users, with one of the quickest jailbreak launches in history. The iPhone 6S jailbreak comes only 24 days after the first units where delivered to early pre-orderers, on September 19. That’s almost twice as fast as the iPhone 6 was decoded and 4 times sooner as the 5S model.

Jailbreaking is a subject that we didn’t cover too much here at iPhoneTricks.org because our goal is to provide hints and how-tos to the majority of iPhone, iPad, iPod and Apple Watch users. However, we can’t neglect the aficionados that want to exploit and use their Apple smartphones at maximum capacity. Although we don’t encourage iPhone jailbreaking we do admit that it’s worth considering if you’re an experienced iOS user that is willing to take the risk and toy with the firmware of its device, in exchange of some cool benefits that are represented by a whole range of new settings, features and apps.

Update: The iOS 9 vulnerabilities exploited by Pangu when releasing this jailbreak have been patched by Apple with the release of iOS 9.1. This means that you can jailbreak your iPhone with the firmware described below if you run iOS 9 – 9.0.2 on your device!

How To Jailbreak iPhone 6S 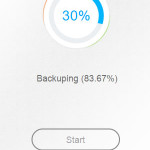 So, if you wanna give it a shot and open up your iOS device for apps available with Cydyia (the App Store equivalent for a jailbroken phone), here is what you have to do:
Step 1: Backup your current iPhone data on your iCloud account or on your computer using iTunes.
Step 2: Visit the Settings app and disable Find My iPhone, iPhone Passcode and Touch ID.
Step 3: Enable Airplane Mode to make sure that there’s no incoming message or call that could land during the jailbreaking process. 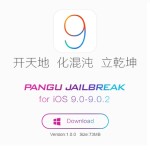 Step 4: On your computer, download the Pangu iOS 9 jailbreak tool. Do note that currently the only solution for opening up your iPhone is via a Windows computer!
Step 5: Connect your iPhone with your computer (if you haven’t already, while backing up with iTunes) and open the Pangu software.
Step 6: Click on Start, confirm that you’ve already backed up your device and let the jailbreak process unfold. Your device should go through the following stages: Installing jailbreak app; Backuping; Configuring environment; Restarting device (when completed unlock iPhone and enable Airplane Mode again); Injecting; Preparing environment; Open Pangu app; Allow Cameraroll Access; Uploading jailbreak resources; Sending jailbreak comments; Jailbreaking; Final clean-up and Jailbreak completed!

Fact: This Pangu Jailbreak can be successfully applied on iPhones running iOS 9 to iOS 9.0.2, which is the latest firmware version released by Apple for the general public. 9.1 is currently in its 5th beta test phase and should be released by the end of the month! 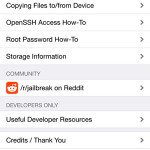 What the iOS 9 jailbreak actually does is that it’s installing a new app called Cydia on your home screen. This third party software has the role to open up your iPhone to applications coded by developers that aren’t filtered out by the Apple via the App Store. This means that you can download and install a lot of softwares that are banned by the Cupertino-based company. However, there’s also a risk of compromising your gadget. So please proceed carefully if you decide to jailbreak your iPhone!

Fact: Team Pangu is a Chinese group of hackers famous for cracking iOS 7 and 8 in the past few years!

iPhone Jailbreaking Timeline
Ever since the iPhone was first invented and manufactured there where hackers that focused on cracking the operating system. Nearby you can find a graph with the time it took coders to jailbreak each new iPhone release.

Notice that the iPhone 5 and iOS 6 proved to be the hardest combo to crack. Hackers needed around 4 months and a half to release a jailbreak. The first iPhone, iPhone 3G and iPhone 3GS where opened up in less than 10 days. The iPhone 6S is the fastest jailbroken unit since the iPhone 4.