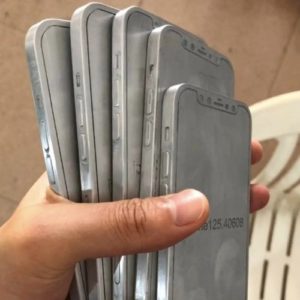 A series of pictures representing iPhone 12 molds built for case manufacturers have been recently tweeted out by JinStore. These molds are usually created based on the leaked schematics of upcoming iPhone models. They’re vital to those case manufacturers that intend to provide new iPhone cases on launch day. The iPhone 12 lineup is expected to be released this fall, so it’s about time to see them surfacing.

The shared molds align with the leaks and rumors covered by us in the past couple of months. There 2020 iPhone lineup packs 4 different models. Two lower-end terminals (5.4″, 6.1″ display size) and two higher-end iPhone 12 Pro models (6.1″ and 6.7″ large). The main design change depicted in these molds are the flat edges, similar to the iPad Pro. 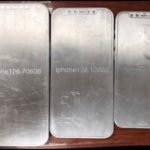 Many of you could be disappointed by the notch portrayed by these rough iPhone 12 molds. However, don’t get discouraged too soon. Case makers don’t need too many details. They’re mostly interested in the exact dimensions, edges, ports, buttons and Camera module protruding. Notch size as well as exact Camera module layout is unessential, as long as they know where the edge of the display is and how much space to cut out for the lenses.
What we want to underline is that the small notch design update is still in the cards. 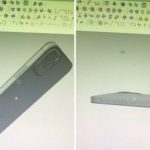 The same tweet mentioned above also includes a series of renders that have been used as a base for manufacturing the molds. The images are similar to previous leaks from Jon Prosser and . However, they don’t include the expected LiDAR sensor as a new addition to the iPhone 12 Pro and iPhone 12 Pro Max Camera module.
The renders to confirm that the Lightning port will continue to stick on with the iPhone for at least one more year.
Other depicted buttons are the classic Volume buttons, the Silent switch as well as the Side button and the Sim tray.

Do you plan to upgrade to the iPhone 12 lineup? Do you prefer flat edges similar to the iPhone 5S design, or you’re a fan of the current rounded sides? Let us know in the comments section available below.

Related: Check out this spectacular iPhone 12 Pro render based on the most trusted leaks and rumors!