Is The iPhone 12 Release Date September 15?

Apple has recently announced a special event scheduled for Tuesday, September 15.
Similar to WWDC 2020, the iPhone 12 keynote will be a digital-only gathering, because of the COVID-19 pandemic.
The new products will be most likely showcased with the help of pre-taped video clips, presented by Tim Cook and his staff.
The event will be aired from the Steve Jobs Theater, located in the Apple Park, Cupertino, California and will be available worldwide.

You can tune in at 10am PDT on apple.com or via Apple’s official YouTube channel.
Or, visit iPhoneTricks.org on the day of the event for direct links of the iPhone 12 Apple event live streams.

iPhone 12 should be the highlight of this event, as Apple usually announces this time of the year its new iPhone flagships. Other products expected to be released are the Apple Watch Series 6 and a new 11-inch iPad Air. There are also good changes for the release of over-ear AirPods studio headphones, as well as AirTags and finally a much expected wireless charging mat. 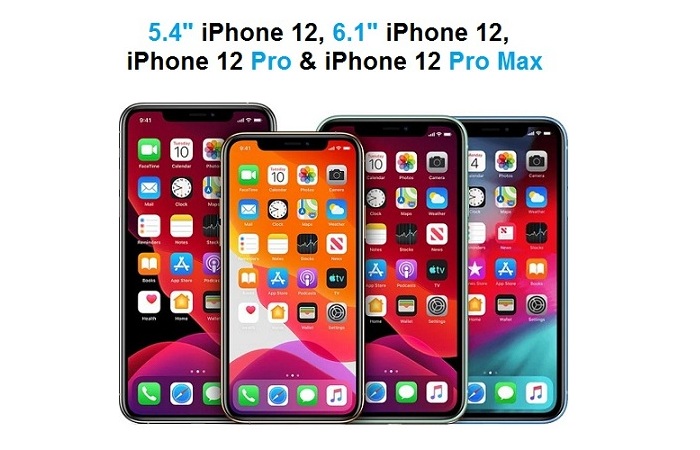 The iPhone 12 is rumored to come in four different iterations. Two low-cost versions and two high-end (Pro) terminals. The design should be similar to its predecessor, the screen size and a few specs will differentiate the four models.
In terms of sizes we expect 5.4″. 6.1″ (2 models) and 6.7″ displays.
The iPhone 12 Pro is rumored to start with a base storage of 128 GB, while the low-end models could stick to the less-friendly 64 GB.
To cut costs, and also become more environment-friendly Apple might ship the 2020 iPhones with no charger and no earpods in the box!
In terms of pricing the cheapest iPhone 12 could retail for as low as $649, while the iPhone 12 Pro Max could start from $1,099. More details available here.
Last but not least, the iPhone 12 will be released along iOS 14 that brings a bunch of new features and enhancements to all compatible iPhones!

The 2020 Apple Watch model will look similar to its predecessor. Rumors suggest new health tracking options like blood oxygen level tracking. We’ll have to wait for the keynote though and see if this is confirmed.
The Apple Watch Series 6 will come along watchOS 7 and a handful of new features.

If you browse our website using an iPhone, iPac, Mac or any other Apple product you can add the event to your Calendar app by tapping this official Apple link.

Important: Apple has confirmed that iPhone 12 production is delayed because of the public health crisis. Some analyst claim that Apple won’t showcase its 2020 iPhone models during the September 15 event, and will focus instead on the upcoming Apple Watch and iPad models. They claim that the new iPhones will be previewed in a different October event. Although this scenario is highly possible, we anticipate that Apple will preview the iPhone 12 during this event. The pre-orders and shipments could be pushed for late October though. What do you think? Use the comments section available below!

Related: How to play the September 15 morphing AR logo on iPhone.