Posted in News by Patricia on September 9, 2015 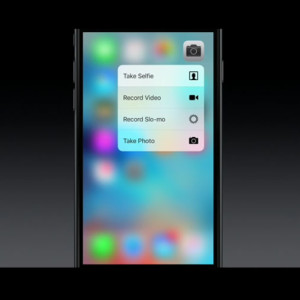 A series of new Apple products have been unveiled only a few hours ago. The special event presented by Tim Cook and his staff, took place in San Francisco’s Bill Graham Civic Auditorium and had the iPhone 6S as main attraction. Although rumored, the keynote took many by surprise with the amount of new generations of several Cupertino-designed products. The iPad-line has got a new addition under the name of iPad Pro and a 12.9″ screen size that hosts 5.6 million pixels.

The second generation of the Apple TV system will be also available soon. It will feature a first generation tvOS, based on the structure of iOS, with App Store integration and lots of third party applications, that will transform your TV into a professional cinema, jukebox or gaming station. The Apple Watch hasn’t been neglected either! A series of new bands and case combinations have been added along with the announcement of the watchOS 2 release, scheduled for September 16. 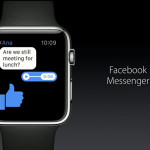 1. Apple Watch
– watchOS 2 arrives in a week’s time and will feature the upgrades already presented during WWDC 2015. Some famous iPhone third party apps where confirmed for making their entrance on watchOS: Facebook Messenger (allows you to receive texts and media on your Apple Watch and reply to them via dictation. Location sharing is also possible; iTranslate (translates instantly between languages, you speak out and it replies with the translated result), GoPro (acts as a viewfinder for your popular action cam, increasing comfort while capturing dynamic videos.), Airstrip (improves health care by enhancing parameter exchange doctor and patient)
– Accessories: Apple has confirmed a partnership with Hermes for designing double loop leather bands. Other case colors for the Apple Watch sport have been added, as well as many more silicone band colors. 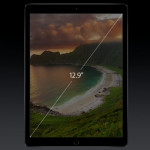 This is definitely a new gadget to take in consideration. The huge screen size as well as the iOS 9 split screen feature will help the Cupertino’s achieve their goal of convincing customers to give up the personal computer in exchange of a 2015 iPad. Some of the most important features are: 12.9 ” Retina Display; A9X chip (third generation 64-bit); Four Audio Speakers (with a clever balancing system that automatically sets the volume in each speaker in order to provide optimal audio results), 8MP iSight camera, Touch ID, 10-hour battery (of continuous use) and double the performance of the wireless and cellular data processors.
Pricing: the iPad Pro starts from $799 for the 32 GB storage and jumps to $949 for the 64 GB version. Add $130 on top of that to purchase the Wi-Fi and Cellular connectivity unit.
Accessories: Apple Pencil (a highly performant digital stylus) priced at $99, as well as the Smart Keyboard ($169) which can be easily connected via a MagSafe system to the iPad itself. iOS detect the switch and automatically disables the virtual keyboard.
Product Availability: starting with the month November!

We’re talking about the 2nd generation for this gadgets which comes with improvements that include: Powerful hardware, Modern OS (tvOS), New user experience, Developer tools and App Store. This means that Apple TV will borrow the features available on your iPhone and iPad and have them adapted to its strength. This means that developers can code all kind of third party apps including games. Today’s keynote has confirmed the popular Crossy Road game to be featured on tvOS. Apps can support multiplayer modes, as any iPhone, iPad or iPod user can wirellesly join the fun. 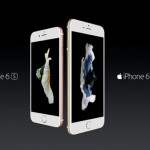 The new flagships where announced with all anticipate features from almost three months ago. La piece de resistance is the new 3D Touch option (a similar system to Force Touch available on the Apple Watch). The iPhone 6S screen can detect how firm (deep you press). This way you open hidden menus and even sub-actions with a longer and more pronounced press. Besides this system the iPhone 6S Features the A9 chip and M9 motion processor, a 2nd-generation Touch ID (much faster fingerprint readings), 12 MP iSight camera with improved technology and 4k video recording option. The Selfie camera is now 5 MP and iOS 9 supports FaceTIme HD with Retina Flash. Last but not least Live Photos is a feature that impresses many. It creates small playable gifs from regular photos, that favor a dynamic effect that sharpens memories.

Fact: the iPhone 6S and 6S Plus have the same specs, excepting their size! That’s a good thing because Apple doesn’t force it’s potential customers to the upper pricing limit.