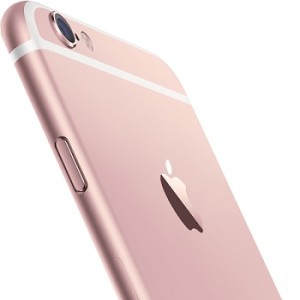 Time is flying really fast in the 21st century and here I am, ready to write my first article about the upcoming Apple flagships of 2015. We’re about 3 months away from the usual date, when the Cupertino-based technology company, has a habit of releasing the new iPhone models. Considering that Apple has launched a fresh smartphone model every year, we can easily anticipate and rumor about the iPhone 6S terminals, without being too much off track.

If we take in account a Vodafone internal staff email leak, covered by Mobile News, we should expect the new iPhone version to be release on September 25. The disclosure goes even further, suggesting that Apple will begin accepting pre-orders, one week earlier on September 18. This means that the iPhone 6S, iPhone 6S Plus or iPhone 7, iPhone 7 Plus, if Apple decides to assign the new terminal a fresh number, will be unveiled, during an official event a week or two earlier. That could fit anytime from September 7 – 15.

Why September and not August?
Other rumors state that Apple might offset the new iPhone’s launch date to August. However, I find it hard to believe, that this will be the case, because of two solid and logic reasons:
1. iPhone 6 Sales: are still going strong and it wouldn’t be a wise financial move to rush the release of a new product, when the current one is still bringing great returns.
2. The Watch: Apple has already launched an important product late this spring, which acts as an accessory to the iPhone and isn’t cheap at all! It make sense that fans will welcome every extra day for saving money and re-building their budgets for the next major release.

iPhone 6S or iPhone 7?
The iPhone’s history clearly shows that a new number for an upcoming smartphone was assigned every 2 years. With the “S” denomination being added to the current figure, in-between. Considering that in 2014, it was the turn for the iPhone 6, it’s logic to assume that this year we’ll witness Apple launching the iPhone 6S.
The only aspect that could lead Apple to skip the 6S denomination and launch the iPhone 7, are a series of new and revolutionary hardware and software features that need to be introduced and highlighted with the help of a fresh iPhone name. However, I underline that there have to be quite a few novelties. History shows us that the TouchID fingerprint system, introduced with the launch of the iPhone 5S model, wasn’t enough to skip the “S” version. We don’t expect major, design changes and the likely Force Touch introduction is comparable to the TouchID upgrade, in terms of important.

2015 iPhone New Hardware and Software Expectations
I’ve skimmed various iPhone 6S rumors and expert opinions and came up with these plausible enhancements:
– iOS 9: which is already a certainty, will be launched together with the new iPhone. You can browse all our articles and see what’s coming new with this 9th mobile OS generation.
– Upgraded Processor: Apple has accustomed us to equip each new iPhone model with an updated processor version.
– Improved Camera: Most likely the iPhone 6S main camera will be upgraded to 12 MP. The current model runs an 8 Megapixel one.
– Force Touch: There are high chances of Apple implementing that Apple Watch’s, revolutionary display press technology that differentiates between a tap and a press, thus providing additional command options.
– Rose Gold: could be also imported from the wrist gadget, making it the 4th official iPhone color after: Space Grey, Silver and Gold.

Tip: Bookmark this page, like us on Facebook or follow us on Twitter and get more updates about the upcoming iPhone model. We’ll update this article as well as add new posts as soon as more info becomes available!