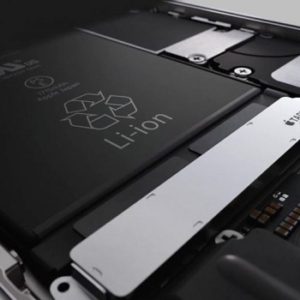 After a series of iPhone 6s owners have repeatedly reported that their iOS terminals are shutting down out of the blue, Apple has analyzed the claims and officially admits that a certain amount of iPhones that have been manufactured between September and October 2015 might come with a faulty battery. They state that the manufacturing flaw doesn’t pose a safety issue, so don’t worry that your iPhone could overheat or catch fire as the unfortunate cases reported by Apple’s main smartphone competitor, Samsung, experience with the withdrawn Note 7 terminal.

iPhone 6s users that were unlucky enough to buy a terminal with a problematic battery shouldn’t have financial worries either, because the Cupertino-tech giant has launched a worldwide replacement program, that includes a free battery renewal for affected iPhones. Yes, you don’t need to activate your AppleCare+ insurance to get out of jail, that’s if your terminal fits in the above mentioned manufacturing time frame.

How To Know If iPhone 6s Qualifies For Battery Replacement 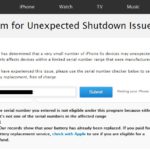 As you might know every iOS device has a Serial Number (not IMEI) assigned to it when its manufactured. This long string of letters and numbers includes, among others an indicator that tells the manufacturing date.
The Serial No. is found physically, engraved on the original packaging of your iPhone. You can also grab it easier from the iOS Settings app, by browsing the following path: General -> About and scrolling for Serial Number.
After finding your device’s manufacturing key use Apple’s search tool to find out if your iPhone qualifies for the battery replacement program.

How To Join The iPhone 6s Battery Replacement Process
If your Apple smartphone suffers from unexpected shutdowns and its serial number has been flagged as eligible when you performed the serial number check described above, you have to contact the nearest Apple authorized service provider, an Apple Retail store or the Apple Technical Support to schedule a service session. Do note that your iPhone will be examined and has to be in working order to qualify for a replacement.
Fact: This replacement program is available worldwide! If you already had your iPhone fixed by an authorized Apple service, you might qualify for a refund! Contact Apple Support for more details.

Tip: Before sending or bringing in your iPhone 6s for a battery replacement prepare it for the process by performing a full iTunes backup (iCloud also available). Disable the Find my iPhone feature and erase all data from the device from the Settings app, by browsing: General -> Reset -> Erase all Content and Settings

Important: Your malfunctioning iPhone 6s qualifies for a refund for up to 3 years since the initial retail purchase. That’s a little under 2 years from now on. If your device has a matching Serial Number but acts normally don’t rush in for a renewal. Wait until you have problems or until the battery weakens to profit the most from the free replacement!