iPhone 6S or iPhone 6S Plus? Pros and Cons!

Posted in Reviews by Patricia on September 25, 2015 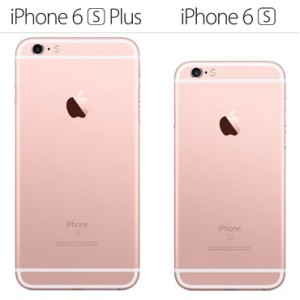 iPhone 6S Plus vs iPhone 6S

The newest Apple flagships reach the hands of their first buyers today! The 2015 iPhones will gradually start to become available for in-store pickups, even for those that don’t have a pre-order. So, it’s time to decide, if you plan to upgrade to the iPhone 6S edition? In case your answer is affirmative, I’ll be offering you the pros and cons for deciding between the regular 4,7-inch display versus the oversized 5,5″ inch screen, within this article!

Whether you decide to upgrade to the new iPhones is totally up to you. But I can help you in this matter too! If you’re owning an iPhone 5S or older and you have the necessary budget, there shouldn’t be any doubt. Go for the 2015 models, because it’s definitely worth it! Else, if you already own the iPhone 6, the situation is a bit more delicate. Nevertheless, you should know that this year’s S-iteration introduces 3D Touch, a 2nd generation Touch ID, 12 MP and 5MP Cameras along with a bunch of other features!

iPhone 6S vs iPhone 6S Plus Comparison
Because the two siblings have a lot in common, it’s much simpler to decide which one to choose by analyzing their differences. So, let’s take a look at each one and see the pros and cons: 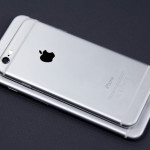 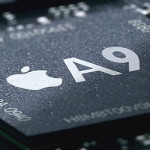 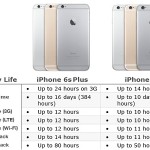 iPhone 6S: 1715 mAh (vs 1810 mAh of iPhone 6)
iPhone 6S Plus: 2750 mAh (vs 2915 mAh of iPhone 6 Plus)
Although both siblings have an approximative 5% smaller battery, to be able to accommodate the 3D Touch hardware, they’re advertised as having the same battery lifetime because an increased efficiency of the A9 chip and iOS 9 software. Nevertheless, the 40% larger battery capacity of the iPhone 6S Plus, compared to its smaller sibling brings an impressive 10 hours of additional 3G talk time (24 versus 14) and 2 more hours of Internet usage over 3G and LTE (12 versus 10).
Winner: iPhone 6S Plus by a significant margin. 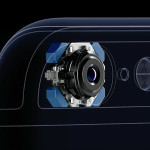 iPhone 6S: Digital Image Stabilization (DIS)
iPhone 6S Plus: Optical Image Stabilization (OIS)
Both devices come with upgraded camera hardware. They feature 12 MP sensor, F2.0 lens, Focus Pixels, dual-LED flash and 4k video recording for the main camera, while the selfie one counts 5 MP, F2.0 lens, and 1080p video recording. The huge difference is given by the image stabilization process feature. The iPhone 6S Plus has OIS, while it’s smaller brother has to cope with stabilization images digitally. You can clearly notice the difference in the following comparison captured by Giga Tech.

Winner: iPhone 6S Plus without a doubt.

Conclusion: The Phablet-sized iPhone wins 3 out of the 5 categories impacted by the specs difference. Now, it depends how much weigh you put on each feature. If you can get over the size discomfort, the oversized iPhone should definitely be your choice. The extra $100 dollars are worth the effort. Else, opt for the 4,7 inch display, because size does matter! ;)