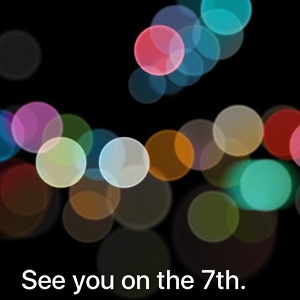 It’s official! We have the confirmation that Apple has dispatched invitations for an event scheduled for, Wednesday, September 7, at the Bill Graham Civic Auditorium, in San Francisco California. The tagline reads: “See you on the 7th.” Confirming rumors, predictions and all our expectations that the Cupertino-based technology giant will showcase its newest flagship, to the world.

Considering past denominations and Apple habits it’s safe to assume that the next iPhone will be called the iPhone 7 and will run iOS 10. One last confirmation lies in the date and time of the upcoming Apple event: September 7, at 10am. However, this doesn’t mean that the event will only focus on the iPhone 7. Fans also expect the official unveiling of the Apple Watch 2 as well as, watchOS 3 and many other surprises.

What To Expect From The iPhone 7? 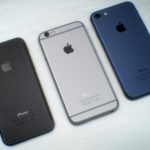 Recent years have shown that rumors and leaks are getting very close to the real product. Considering the info available at the moment, don’t expect the iPhone 7 to be a revolutionary device. Although Apple feels the pressure of arch rivals, like Samsung, it seems that the iPhone 7 will have the same shape as the iPhone 6 and 6S. Reports state that excepting the redesigned antenna bands and the double-lens Camera, available on the iPhone 7 Plus, there won’t be any other physical differences between an iPhone 7 and the 6 or 6S models. Excepting the return of the black color option, that will obviously differentiate the latest Apple flagship from its predecessors.
Fans also expect increased storage space, hopping for at least 32GB as base memory, while a upgrade 64 gig would be ideal! 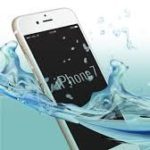 Waterproofing, Headphone Jack and Stereo Speakers
Some of the important changes that could find room in the configuration of the new iPhone 7 and iPhone 7 Plus is the absence of the headphone jack that could make room for a second speaker, equipping the flagships with stereo audio output.
Another feature that many Apple fans dream of is Waterproofing. Apple could make a difference if they sell the newest iPhones as water-resistant. The Apple Watch although not official, has proven to be waterproof. With the removal of the headphone jack, the iPhone might fit in the same category!

iOS 10 Facts
We’ve continuously beta tested the 10th iOS generation in the past few months and are pleased by the firmware.
Lock Screen has been revamped, the Music app too. Check out all the other iOS 10 changes and upgrade your current iOS device to this latest software version as soon as it becomes available.
Based on last year’s pattern, Apple will officially seed iOS 10 a few days after the September 7 event. 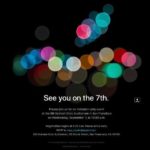 iPhone 7 Event Live Coverage
The event hosted at Bill Graham Civic Auditorium will be streamed live online on the Apple.com website. You need an Apple device to be able to play the feed. If you’re on the move or can listen or watch the live video, you can bookmark us as we will cover the event per live text, so that everyone can find out the news as soon as possible.
Update: If you missed the Apple event watch the 107 seconds video available below! It sums up perfectly everything important that happened on September 7:

Facts: Considering previous years’ pattern, the iPhone 7 and iPhone 7 Plus will be available for pre-orders starting with September 9 and the first devices will reach the hands of their owners, one week later.
Regarding Apple Watch 2 we expect it to be announced during the same event, but available for preorders a little later.