iPhone 8 On September 12 At 10am In Steve Jobs Theater

Posted in News by Patricia on September 1, 2017 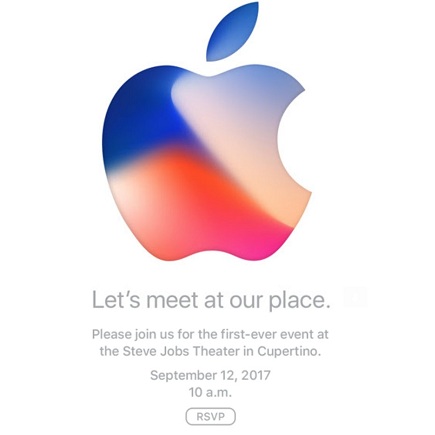 It’s official! Apple has sent out the much expected media invites to the anticipated 10th iPhone anniversary keynote and the date is Tuesday, September 12, 2017, as predicted by our staff a couple of days ago. The event starts at 10 a.m. as all other prior iPhone unveiling debuted. However, the location is new as the U.S. tech company has managed to finish building the Steve Jobs Theater, located in the impressive mega-construction, the Apple Park from Cupertino, California.

If you’re not among the thousand lucky ones, you will be able to watch the keynote live online on Apple.com with the help of an iPhone, iPad, Apple TV or Mac. If you’re at work, or on the move and aren’t able to follow the live streaming we will also provide a live blog coverage of the event. This way you can instantly read info about the new hardware and software unveiled by Apple. 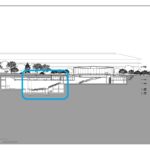 iPhone 8 Keynote Slogan
“Let’s meet at our place.” is the motto of the September 12 keynote, which obviously emphasizes that the new Apple headquarters, located in Cupertino, the hometown of the company is almost ready. The Steve Jobs Theater is the 1,000 seats large auditorium that has a spectacular carousel-like design as pictured in the image uploaded nearby. The new keynote host is almost entirely build underground, with a glass panel carousel-like lobby sticking out of the grass similar to a submarines periscope!

Fact: For more info about what to expect from the upcoming Apple flagship please read our iPhone 8-related materials as well as the iOS 11 new features!