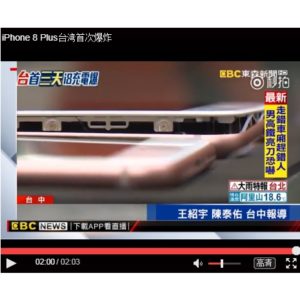 With two reports coming in from Taiwan and Japan about iPhone 8 Plus owners that saw their new devices split open, the Internet has already started panicking about a potential major design or manufacturing flaw in the oversized 2017 Apple flagship. Before we start complaining about an alleged iPhone 8 Plus Splitgate or Batterygate, let’s check the facts and don’t rush to hasty conclusions. It’s true that last year’s Samsung’s Galaxy Note 7 recall brings a touch of deja vu to the story, but we’re only talking about two cases in perhaps millions of iPhones that have already been sold.

The fact that Apple has confirmed that’s investigating the situation adds a bit of hype to the story. But that’s normal too because they have to take any incident seriously even if it was caused by a third party hardware or human interference. More, for Apple to acknowledge that there is a problem with one of their devices, there has to be a major one. Remember, that the Cupertino-based tech giant refused to admit the iPhone 6 Plus Bendgate until it reached worldwide headlines. 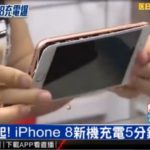 iPhone 8 Plus Splitted-Open In Taiwan
According to ifeng.com Mrs. Wu iOS device has recently cracked open during charging, 5 days after the purchase. We’re talking about a 64 GB Rose Gold iPhone 8 Plus. who’s screen expanded three minutes into the charge and detached completely from the device a short time after. According to the owner, the device was charged with official accessories supplied in the packaging.
Cause: Most likely we’re talking about a faulty Li-Ion battery that overheated and expanded during charging. However, the iPhone was returned to the carrier and it’s now analyzed by Apple. 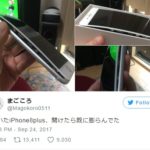 iPhone 8 Plus Case Expanded in Japan
The 2nd event took place in Japan, but this time the iPhone 8 Plus front panel was already detached from the body when the owner unboxed the device. You can check the images that Magokoro0511 posted on Twitter in the upload available nearby. No charging was involved with this unit and no burn marks can be noticed on the device, which means that the problem in this case might be faulty applied glue.

Fact: It’s unknown whether the two devices come from the same batch or are isolated cases. Until other reports surface, the situation is normal and iPhone 8 Plus users shouldn’t panic. Every smartphone on the market has his couple of faulty units. As long as the number is small enough to blend it with the numbers there’s no headline.

Tip: If you’re an iPhone 8 Plus owner continue to use your device normally. Make sure that you use original accessories for charging. Follow us and we’ll let you know if this subject continues to unfold!