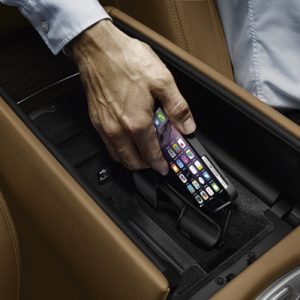 Apple has recently published a support document that informs customers about the wireless charging compatibility of the iPhone 8 and iPhone 8 Plus devices with various car manufacturers. According to the Cupertino-based tech giant, automobile vendors that ship vehicles with built-in Qi-certified wireless chargers are a match with the 2017 iPhone flagships. The only question mark lies in the size of the charging base, because in some cases the iPhone 8 Plus won’t fit, even if its compatible with the wireless charging system.

The same support document doesn’t mention anything about the iPhone X, but it’s safe to assume that the page will be updated once the 10th anniversary iPhone is released, in a couple of days time. The iPhone ‘Ten’ should be compatible with the same spectrum of car manufacturers as the iPhone 8 does, because they are similar in size and both support the Qi wireless charging standard.

List Of Car Manufacturers That Support Wireless iPhone Charging
According to Apple all automobiles sold by the following companies, that include the wireless charging system, are compatible with the iPhone X, 8 and 8 Plus. Note that the list is assembled based on the alphabetical order:
Audi, BMW, Chrysler, Ford, Honda, Mercedes-Benz, PSA, Toyota, Volkswagen and Volvo.
You will also be able to wirelessly charge the 2017 iPhone flagships if you plan to own one of the following upcoming car models, all to be sold in 2018: GMC Terrain, GMC Yukon, GMC Sierra; Chevrolet Bolt, Chevrolet Tahoe, Chevrolet Silverado, Chevrolet Suburban; Cadillac Escalade; Buick Enclave.

Fact: 2017 or earlier models from brands like Buick, Cadillac, Chevrolet, and GMC which include wireless charging systems do not meet the Qi certification standards and aren’t compatible with iPhone X, 8 and 8 Plus.