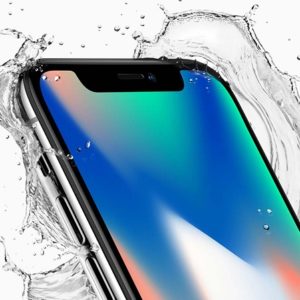 Although we expected the iPhone X to receive the IP68 water resistance rating and match the water tightness of its main competitor the Samsung Galaxy S8, Apple’s iPhone ‘Ten’ remains at the IP67 Ingress Protection level. This value is identical with the one received by the iPhone 7 and iPhone 7 Plus models, the first iOS devices to be advertised as water resistant by Apple.

Early in the year, we predicted that the upcoming 10th anniversary iPhone would get an iP68 rating, motivated by the fact that the elimination of the Home button would make the device more watertight as any other released iPhone. There was no surprise to see that the iPhone 8 and 8 Plus flagships also remained at the IP67 standard, but it’s unexpected for me to find out that the iPhone X can’t match its main rival when it comes to water protection.

Differences Between IP67 and iP68
As explained here, IP stands for Ingress Protection. The first digit shows the dustproofness and can have values from 0-6 while the second digit ranks the water resistance and varies from 1-9. IP6X devices have the maximum level of dust resistance. The difference between the iPhone X IP67 and the Samsung Galaxy S8 IP68 is that the lower ranked iOS device is able to withstand 30 minutes submerged in up to 1 meter of water, while the Android smartphone can resist the same time at the depth of 1.5 meters! 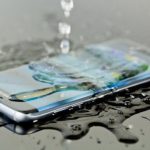 As usual, although Apple advertises the 2017 iPhone flagships as being water resistant, a potential water damage isn’t covered by the standard 1-year AppleCare warranty that’s included for free when you purchase the iPhone X. Liquid damage is included with AppleCare+ though, but this requires you to spend an additional $199 on top of the device’s 4-figure price tag. Then, if water gets into your iPhone X you have to pay the Other Damage fee of $99.
Fact: Only two incidents are covered by the AppleCare+ insurance. Both Screen Replacement and Other Damage incidents are counted.

Conclusion: Although in most cases it’s safe to expose your iPhone X to water, you better avoid it. If you accidentally drop it the toilet, in your bathtub or bring it near any source of water. take it out as soon as possible and let it dry. You should escape with no damage. Do, take in account that water resistance might drop over time as ageing kicks in and your device is exposed to temperature differences and various shocks.

Related: Lear how to remove water from iPhone speaker if it sounds muffled!