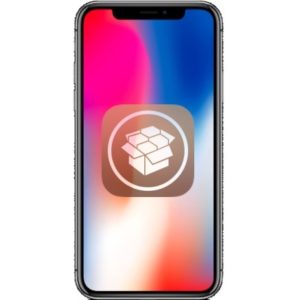 Although there is a high chance that you rubbed your eyes when you saw the title, the info is true. Just one week after the launch of the iPhone X and one day after the release of iOS 11.1.1 a jailbreak demo has been made, on stage, during the POC2017 event hosted in South Korea. Liang Chen from KeenLab can be witnessed demoing the jailbreak procedure, in the video embedded below.

You can notice how the hacker first proves that the iPhone X runs the latest available iOS version. He then proceeds with highlighting the jailbreak tool and performing the code injection. For those of you unfamiliar with the concept, a jailbreak removes the software limitations imposed by Apple to its iOS devices. A jailbroken iPhone X is open to many more features, settings and apps. However, don’t get too excited just yet, because the above mentioned demo did not mention anything about how the jailbreak was possible, nor did it publish any iOS 11 exploits and vulnerabilities that made it happen!

Fact: The last public jailbreak released is compatible with iOS 10.2. There’s no other more recent firmware version that can be jailbroken, because Apple has rapidly patched any exploits found in its operating system. An iOS 11.1.1 jailbreak release would truly be breaking news for the community!

Conclusion: There’s still a long way from a jailbreak demo, to an actual public jailbreak release. Even if KeenLab will be able to code it, there’s no certainty that it will also release it. The company might directly sell their hack to a third party or directly to Apple itself and receive a nice bounty check! However, if the jailbreak happens, you’ll be among the first to find out if you follow us!