Is Your iPhone Compatible With iOS 12? 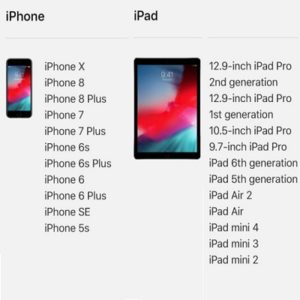 Apple has recently released the first beta of the 12th iOS generation with lots of improvements and handy new features. However, if you own an older iPhone, iPad or iPod touch model you are entitled to ask yourself if your device is supported by iOS 12. The news are good and in general if your Apple smart device was compatible with iOS 11 it will be also able to run the 2018 release.

This is a big sign of relief for all iPhone 5S owners! The iPhone 5 was cut last year from the iOS 11 acceptance list and according to the pattern this year we expected for the 5S model to be left out from the iOS 12 club. Happily this isn’t the case and below you can find a list with all iPhone models that support it. If your device is listed and you are eager to try iOS 12 out, here is our step by step tutorial for installing iOS 12 Beta on every compatible iPhone, iPad and iPod touch!