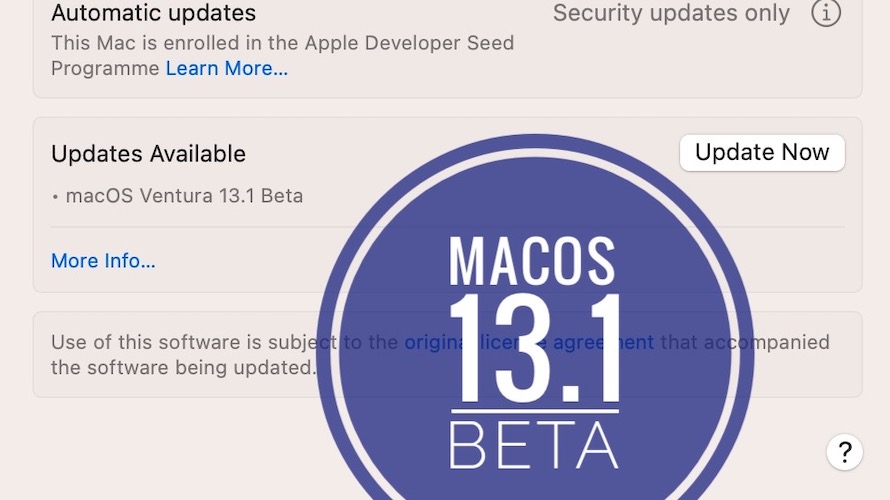 Apple has released the first macOS 13.1 beta with build number 22C5033e for Developers. Public beta has been also rolled out on October 27. Check out all the new features as well as problems, issues and bug fixes!

Common issues reported in this update are listed here, along with any available fixes or workarounds:

Fact: Known issues reported by Apple are available in the Developer release notes.

Changes available in this release, when compared to macOS 13.0 are highlighted here:

macOS 13.0 issues that have been addressed in this version are mentioned here:

Anyone with a macOS Ventura Developer Beta Profile can download this version, over-the-air, in System Settings -> General -> Software Update.

The above mentioned profile can be installed from Apple’s Developer platform by subscribed users only.

Update: The macOS Ventura Public Beta profile can be downloaded from the Apple Beta Software Program website as shown here.

Have you installed macOS Ventura 13.1 beta on Mac? Share with us any new features and bugs spotted in this version. Use the comments section available below.