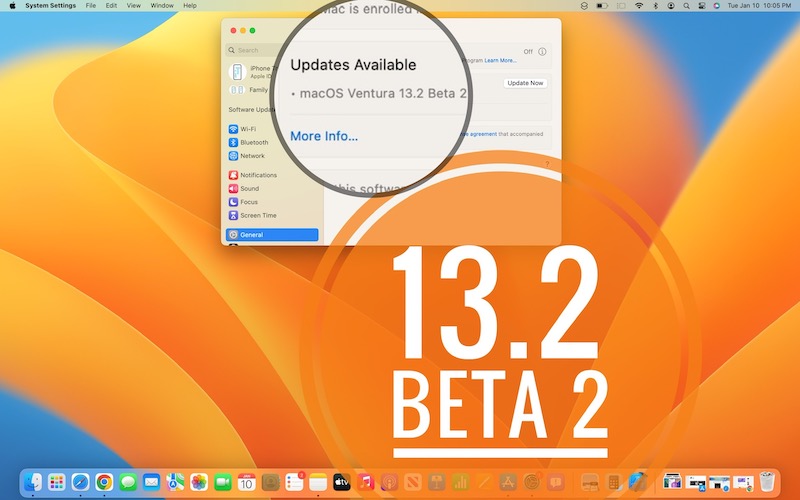 Unfixed problems, as well as new bugs are tracked here, along with available workarounds:

Problems addressed in this update are mentioned here:

Changes spotted in this version are highlighted below:

This update is available, over-the-air, in System Settings -> General -> Software Update for all Macs and MacBooks that have the the macOS Ventura Developer Beta Software Profile installed.

Soon: This version will also become available to Public Beta testers! To get it you have to enroll with the Apple Beta Software Program platform.

Have you installed macOS Ventura 13.2 beta 2 on Mac? Help us document all changes and improvements! Don’t hesitate to share any new bugs or glitches? Use the comments section!