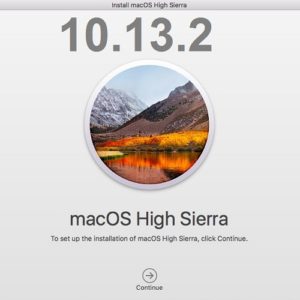 Apple has recently seeded the second update to the macOS High Sierra operating system. This new firmware version is labeled as 10.13.2 and can be downloaded on any Mac that is compatible with the initial macOS High Sierra edition. This update comes one week after a huge security back was detected, which allowed a third party user to hack a Mac and gain root access without typing a password. The issue was immediately addressed by Apple with a Security Update that automatically updated macOS High Sierra computers.

Obviously, macOS High Sierra 10.13.2 incorporates this fix as well as a series of other under-the-hood changes. The Release Notes don’t highlight many changes. They inform that this new firmware focuses on improving the stability, compatibility and security of a Mac. Compatibility with third-party USB audio devices is enhanced, as well as the compatibility of Braille displays with Mail. Last but not least VoiceOver navigation when viewing PDF documents in Preview is improved.

One Response to macOS High Sierra 10.13.2 Now Available For Download