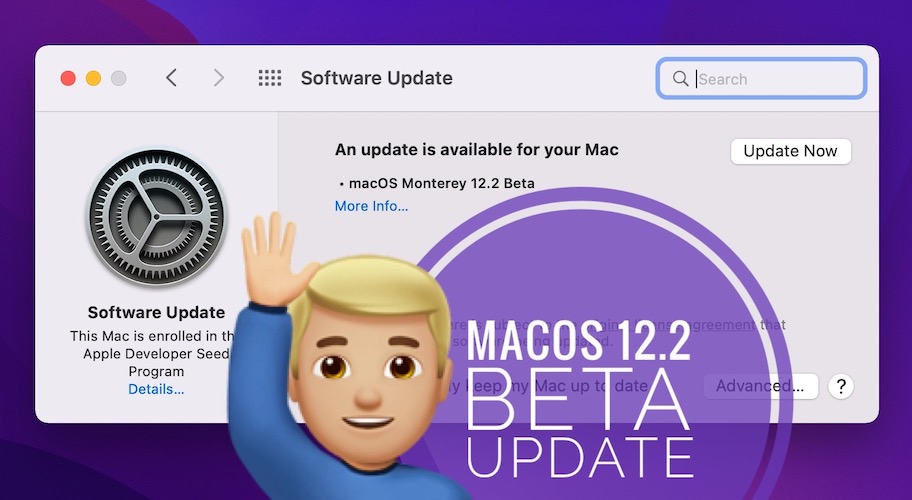 Apple has seeded the macOS Monterey 12.2 Beta with build number 21D5025f, two days after the release of macOS 12.1! This version is currently available for Developers only! 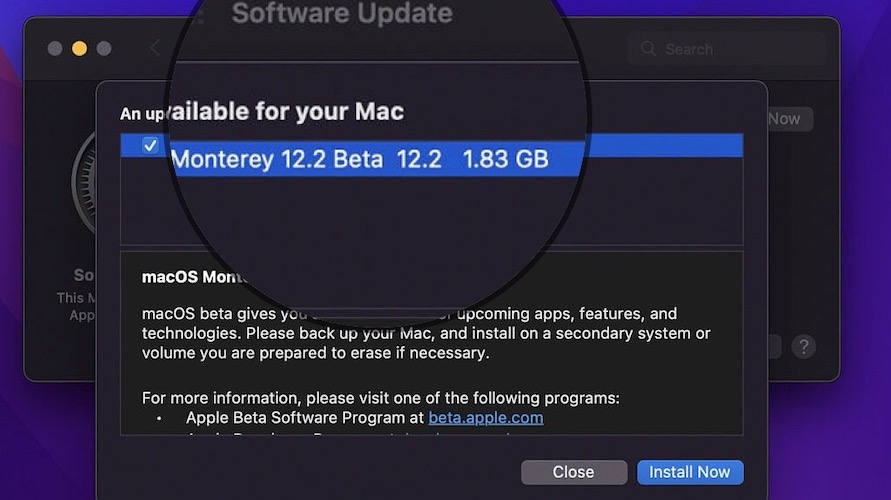 macOS 12.2 becomes available for download in System Preferences -> Software Update if you have the macOS Monterey Developer Configuration Profile installed on your Mac.

You can grab the Beta Profile from the Apple Developer Center.

This update doesn’t come with any release notes, as confirmed by this Apple Developer support document.

New features and improvements can be only discovered through testing at the moment. We rely on your help. Don’t hesitate to share any changes that you notice. Use the comments section!

In this section we track macOS 12.1 bugs that have been fixed or not by this macOS 12.2 Beta 1. New bugs are also tracked:

Have you updated to macOS 12.2 Developer Beta? Did you spot any new features? What about bugs? Share your feedback in the comments section.

Related: Do you know that you can test Internet speed in Terminal app, in macOS Monterey?