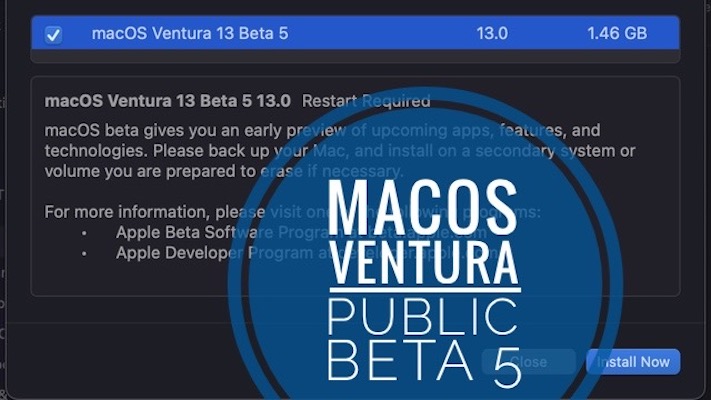 Apple has released macOS 13 Public Beta 5 build number 22A5342f, an identical version with macOS Ventura 13 Beta 7 for Developers. Check out the bugs fixed in this release, changes, as well as new issues.

New problems reported for this version are listed below:

Changes spotted in this release, compared to previous betas are highlighted here:

This macOS Ventura release is available, over-the-air, in System Settings if Mac is already running a previous macOS 13 beta version.

Else, you have to enroll Mac to the Apple Beta Software Program, by downloading and installing the macOS Ventura Beta profile. A step-by-step guide is available here.

Have you installed macOS Ventura Public Beta 5 on Mac? Did you spot any changes not mentioned in this article? What about bugs fixed or new issues? Share your feedback in the comments please.

Related: Apple plans to release iOS 16 and watchOS 9 to the general public on Monday, September 12, while macOS Ventura and iPadOS 16 are delayed for this October.