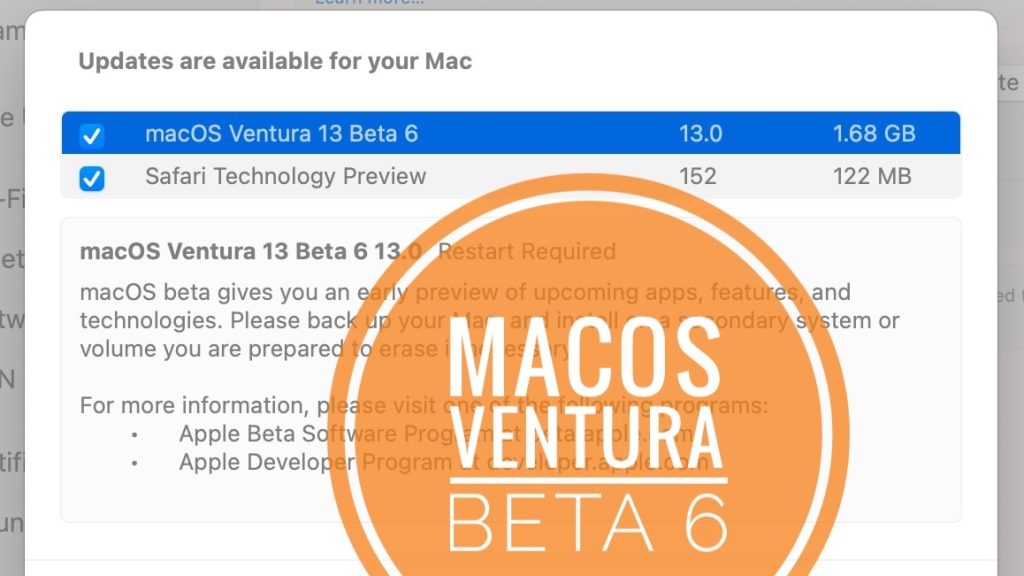 Before you decide to update to this release you can check the most common problems here:

Problems addressed by this update are listed below:

Changes spotted in this update, when compared to the previous version are mentioned here:

This release is available for registered Apple Developers. Macs that have the macOS 13 Developer Beta profile installed will be able to detect the update in System Settings -> General -> Software Update.

Fact: If your Mac is enrolled in the Public Beta Software Program you have to wait a couple more hours until macOS Ventura Public Beta 4 is released. It will be an identical version with the Developer Beta 6.

Have you managed to install macOS Ventura Developer Beta 6? Did you spot any changes that aren’t mentioned in this article? What about bug fixes or new issues? Use the comments section and share your feedback.