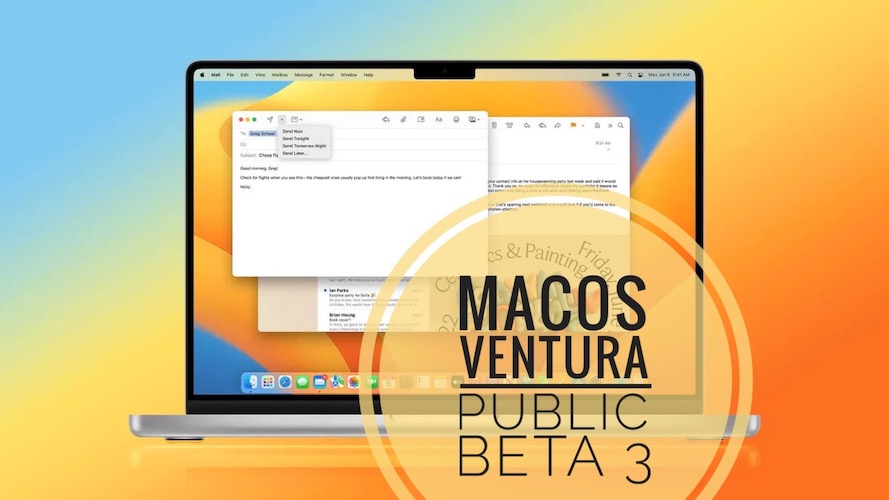 macOS Ventura Public Beta 3 build number 22A5321d is now available, exactly one day after the release of macOS 13 Developer Beta 5. The two versions are identical and that’s confirmed by the build number. So are the new features, problems and bug fixes.

Let’s start with the new issues, because they’re an important factor if you decide to update or not:

Check out the problems that have been addressed by this release:

Tip: You can also check the Developer release notes for more info!

Not many changes have been spotted when compared to the previous beta:

Fact: You do need to have the macOS Public Beta Access Utility installed on your Mac. This is the equivalent of the iOS 16 Configuration Profile. Here is to download and install it when you want to update from a macOS Monterey public version.

Have you already installed macOS Ventura Public Beta 3? Did you spot any changes that aren’t mentioned here? What about new problems? Share your feedback in the comments.