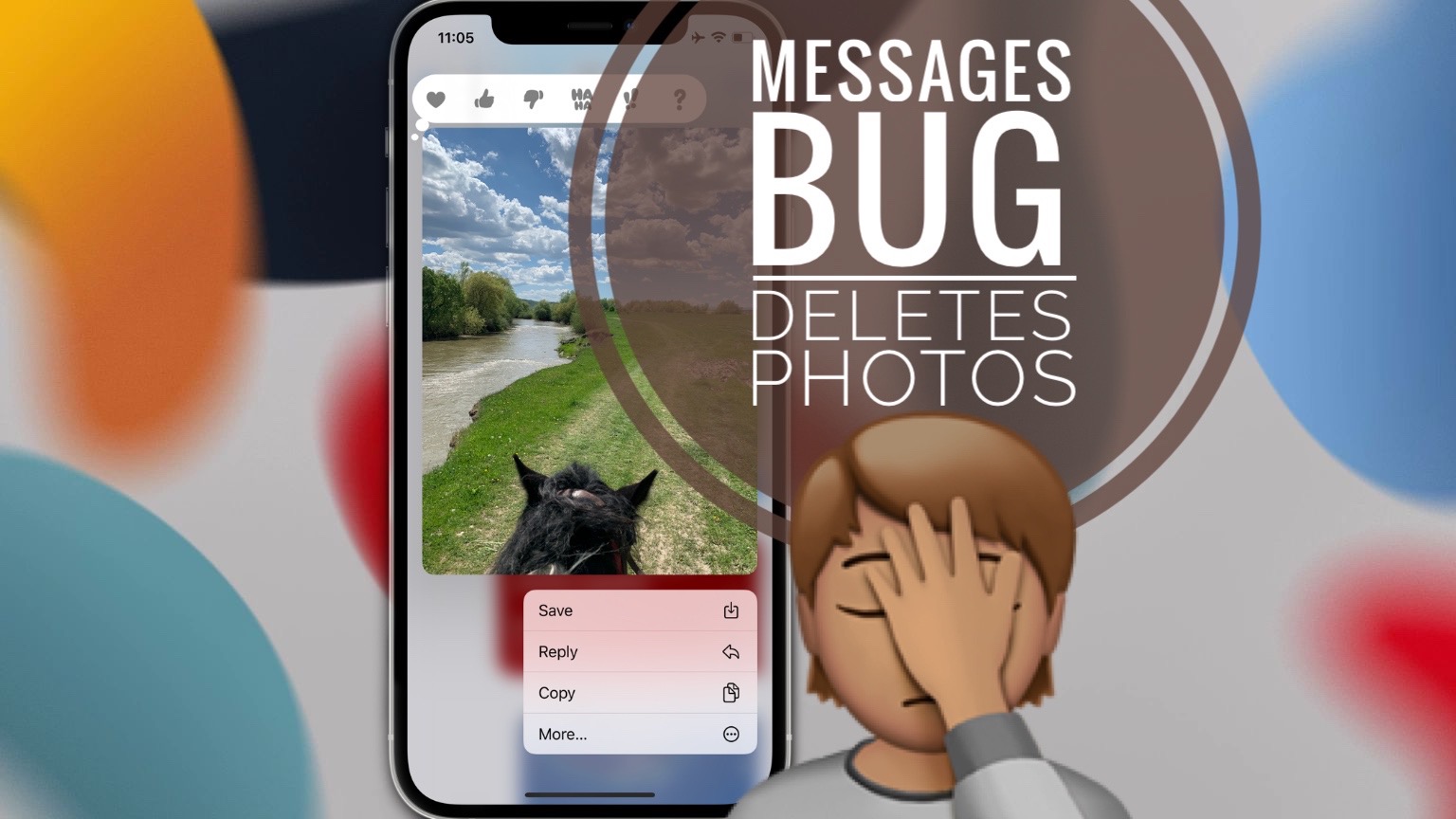 iOS 15 brings a lot of new features but an equal amount of bugs, especially in its initial release version. However, an issue covered by MacRumors takes it to a whole new level. Apparently, there is a bug in Messages that removes any saved Photos, when a thread is deleted!

If you’ve saved photos from Messages, don’t delete the conversation thread or you risk to have those images removed the next time an iCloud backup is performed!

This is a serious bug, that has been first reported on Twitter. Apple is either not aware of it or hasn’t found a working fix yet, because the issue can still be replicated in iOS 15.1 Beta 2, the latest test version for the upcoming iOS 15.1 update.

“15.1 beta 2 is still deleting photos from my library when I delete the iMessage thread I saved them from.”

To better understand how this issue manifests itself, here are the steps that you need to perform to replicate this glitch:

Apple will have to fix this issue in an upcoming software update. To stay away from it until is patched proceed as follows:

Avoid deleting any conversations that contain images, which you saved on your iPhone or iPad.

Download images grabbed from Messages to a SSD drive or any other USB stick that you use for storing important data.

This, isn’t ideal, but you can disable iCloud backups until the issue is patched.

How to: Browse for Settings -> Apple ID -> iCloud and disable iCloud Backup.

In iOS 15 the Messages app has also been plagued by the notifications not working bug. Users complain the new text notifications only get triggered when the actual app is opened. They’re missing from Lock Screen and Home Screen.

Are you encountering any other problems with Messages in iOS 15? Use the comments section and share your feedback!