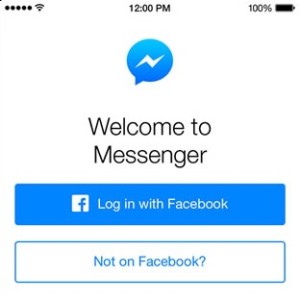 iOS users as well as Android and other non-Apple smartphone owners can now register to Facebook Messenger without owning an account with the popular social media website. This is a major change for this instant messaging software, meant to attract an even larger user base. Latest reports suggest that FB Messenger is currently used by 700 million mobile device owners.

With this change, Messenger moves another step closer towards WhatsApp, the other cross-platform mobile messaging app, owned by Facebook. It’s uncertain what Mark Zuckerberg plans to do with the two softwares, but it seems that the whopping $20 billion spent on WhatsApp, back in 2014, where mainly justified by keeping rival companies, like Google, away from the now impressive 800 million user base.

How To Use Messenger Without Facebook Account
After installing Facebook Messenger on your iPhone, iPad or any other mobile device, tap on its home screen icon to open it. If you don’t have a FB account, hit the “Not on Facebook” tab, available at the bottom of the Welcome to Messenger screen. You’re asked to provide your phone number, along with the country code. Further on, you’re asked to input your name and upload a photo. That’s it! 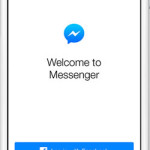 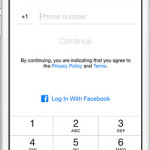 You’re an active Messenger user now. Browse your iOS contacts and start conversations, dial VoIP (Voice over iP) calls and use the many other free features provided by this cross-platform communication software. Do mind, that as a non-connected Facebook user, you can use its messaging app to reach out to contacts that own a Facebook account, or that have also signed-up to FB Messenger with their phone number.

Fact: Via FB Messenger as well as via WhatsApp, you can engage in discussions with smartphone users from multiple platforms including: iPhone, BlackBerry, Android smartphones, Windows Phone and Nokia!

Tip: If you already own a Facebook account, that is connected to your smartphone, you should definitely use it, when signing up for Messenger. This way you can easily gain access to your Facebook messages, interact with Friends and have access to your conversation, from multiple devices owned by you. It seems that the main reason, for introducing the phone number registration, is justified by an attempt to attract users to the platform, from countries where Facebook isn’t that popular!