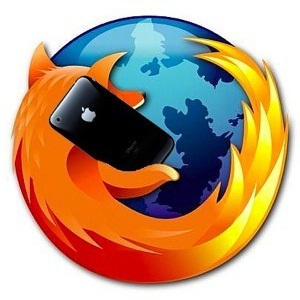 If you’re a fan of the Firefox Internet browser, developed by Mozilla Corporation, here are some good news for you. It seems that you’ll be able to download this web browser, from the App Store, in the near future. Yes, you read it right, Mozzila Firefox will soon become available to iOS users!

As you know Safari is Apple’s built-in web browser for iPhones and iPads. It does a great job from many points of view. However, if you’re a Firefox desktop users you might wanna also have it on your iOS device and be able to sync your bookmarks and other important data.

Chrome by Google and Opera Mini web browser are currently Safari’s main competitors on the App Store. But Apple’s browser surly continues to have the upper hand, due to the fact that the Cupertino manufacturer requires third party Internet browsers to use its own web engine.

In fact, this restriction is the main reason why Mozilla haven’t made Firefox available for iOS users during all these years. However, it now seems that they recognize Apple’s marketing force. The Corporation will put its pride aside and jump for the large iOS market share.

News flared up the web forums and social media after this tweet:

It seems that there is little waiting left until you have Firefox on your iPhone or iPad. If you’re eager to get it bookmark iPhoneTricks.org, become a loyal reader and be the first to know when Mozilla’s browser is launched. Until then if you’re annoyed by Safari’s privacy flaws you can try Chrome or Opera out.

Update: It’s uncertain if Mozilla will be able to provide support for extensions to its browser, on iOS. If this won’t be the case, support for themes and Firefox Sync could do the trick. Stay tuned for more info as it becomes available.