New Way To Force Quit Apps On The iPhone X 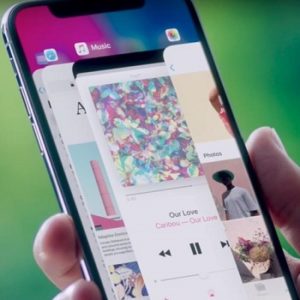 The 10th anniversary iPhone is packed with lots of new features and gesture commands, thanks to edge-to-edge OLED display, the TrueDepth camera system and, of course, the Home button-less design. From the iPhone X Power On button combination, to the Face ID setup, the return to Home screen swipe, the Control Center slide, the new App Switcher shortcut almost every command has changed so that the interaction with the iPhone Ten’s user interface works more seamless than ever.

Changes occur in the smallest of details and I will cover one such minor, but must-know functionality. Multitasking is crucial on an iPhone nowadays. The iPhone X packs a handy Gesture bar shortcut, that allows you to swipe along the bottom to quickly between apps running in the background. The App Switcher is also still available and accessible with a swipe-up and pause gesture, from the bottom of the screen as explained here!

The new option that I want to highlight in this article though, is the new way of killing apps running in the background. Yes, it’s a big debate if it’s wise to force lose apps that linger in the background. The classic tip is to kill them all in order to save battery, but you might end up burning that extra juice because it might cost your iPhone more resources to bring back the app if you decide to access it again, a few hours later. Yes, iOS is greatly optimized and the general consensus is that you shouldn’t hunt apps available in the background. My tip is to close only those that you use very rarely, as I explained here.

How To Force Quit Apps On iPhone X 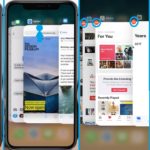 1. Raise your OLED iPhone, glance to unlock and swipe-up & pause from the bottom to bring up the App Switcher interface.
2. Touch and hold on any app card until a round red minus icon is displayed in the top-left corner, of the card, of each app that runs in the background.
3. Slide left or right for the app that you want to close an tap that delete icon or swipe-up to dismiss the card, the same way you force close apps on any other iPhone model.

Fact: By complicating the apps force close procedure Apple might confirm that it doesn’t recommend you to quit apps, or it simply wants to make sure that you don’t kill an app accidentally, because of the many new swipe gestures coming with the iPhone X!

Related: Also check out how to force restart the iPhone X, in case it becomes unresponsive.