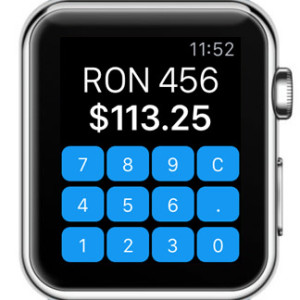 How Much? – Apple Watch Currency Converter.

August is the month of traveling and foreign currency conversions are always something that you need to take in account of, when opting for an abroad holiday. I’m currently touring Europe and just discovered this simple but very handy iOS app, that includes Apple Watch support. How Much? detects when you travel away from your home country, using the GPS functions of your iPhone, and prompts you with a rapid currency converter feature.

It uses your iOS Region settings to determine your native currency and the Global Positioning System to detect which country you’re currently in, when you open the app. Then it automatically determines the currency of that country. So, you only have to input the amount of local coinage and the converter instantly shows you how much that’s worth in your home money. This way you can rapidly have an idea on how much a product costs and avoid overspending

How Much? On iPhone and Apple Watch 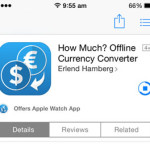 If you want to try out this free currency converter just, download How Much? from the App Store. After it installs on your iPhone, open the Apple Watch app, on the same device. Browse the My Watch view and scroll down to the third party apps list. They’re ordered alphabetically. Tap on How Much and toggle the knob next to the the Show App on Apple Watch label.
Now, the software is installed on both Apple gadgets and you can perform currency conversions directly from your wrist. Using this app is very simple. Just tap the amount of coinage that you wish to convert and the equivalence is displayed in real time.

How Much Currency Converter Features 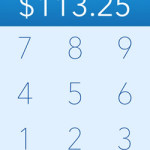 – The software works even when it’s offline. This means that you don’t need a Wi-Fi or cellular data connection. However, it will access your Internet connectivity, when available, in order to update the exchange rates.
– Automatic currency recognition is also very handy, especially if you’re a frequent traveler. You only have to open the app and are prompted with the local currency.

Fact: If you wish to change the currency refereed as your native one, you have to open the iOS Settings app and browse for General -> Language & Region -> Region. The country selected here determines what currency is considered Home, by the How Much app. Do mind, that altering your iPhone’s region settings can impact the settings of several apps!

Tip: At the moment you can’t manually pick other currencies. The one considered native and the one automatically selected by the software are the only ones available. However, this could change with future updates. Until then, if you’re looking for a more complex converter you can also opt for Calcbot and have an Apple Watch unit converter and calculator in the same piece of software.