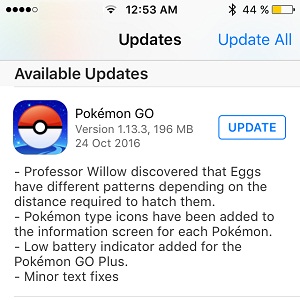 Niantic managed to pull the plug once again to the expectations of worldwide Pokemon GO fans with yet another uninteresting update. It almost seems like the developers are trying to buy themselves time to find the trick that can relight the spark of a large part of Trainers that have stopped playing the game because important features are still not available.

Nintendo has announced and presented Pokemon GO for Apple Watch over one month ago during the September 7 keynote, but there is still no sign that the pocket monsters will soon reach our wrists. Neither, Pokemon trading or other battle types don’t seem to loom at the horizon. All these made a hugely popular game too lose its charm and entire masses of players from all around the world. 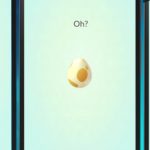 Apple Watch compatibility has high chances of making the Pokemon GO Plus accessory obsolete for iOS Trainers. Until then, you “have to know” that Pokemon GO Plus now comes with a low battery indicator. This is one of the 4 changes brought by this update. I should say 3 in fact, because the traditional “Minor text fixes” shouldn’t be taken in account. The Pokemon type icons that are now available in the info screen of each Pokemon and the easier detection of egg hatching patterns are the two other revolutionary updates proposed by Niantic! The three egg types: 2, 5 and 10 km have each their own color in order to stand out better. The 2km eggs have kept the original green dots, while the 5 km one is now orange and the one requiring 10 km incubation distance is purple. This all thanks to Professor Willow, of course! :|

If you’re already a Trainer or this is the first time when you install the game on your iPhone, check the official App Store download page and grab the latest version of the app for your iPhone and iPad.
To notice the latest changes open the game after the update process completes. Tap the menu button and choose Pokemon:
1. In the Pokemon tab, pick a monster and tap it to open the info screen. Notice how and icon is displayed below its name, confirming its type. For example, my highest CP Pidgeot is Normal and Flying type, my best Drowzee is a Psychic and Venonat is a Bug and a Poison.
2. Switch for the Eggs tab an notice how the eggs have different colors depending on the required hatching distance.
3. Last but not least check the low power indicator for the Pokemon GO Plus accessory, in the image nearby.

Fact: It seems that this update comes with a small bug that prevents the Pokemon avatar from properly displaying on the info page of each creature. Should we expect another update anytime soon now?