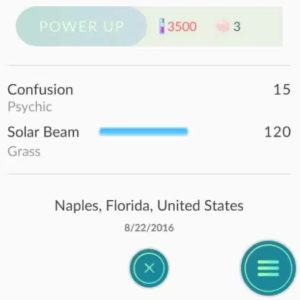 Another Pokemon GO update has been rolled out by Niantic, but it’s not the revolutionary one expected by latent Trainers. Added Capture Location for each monster caught, or Incenses that can be used with the Pokemon GO Plus accessory won’t bring back bored Pokemon Trainers to revive the game. The Augmented Reality blockbuster broke all records during the initial post-launch weeks but has slowly but surly faded away in the following months.

Pokemon GO has recently lost it’s highest earning App Store app in the U.S. A title that it retained for 74 days. Apple fans expect a few changes to revive the interest in the game, such as the ability to hunt creatures directly from the Apple Watch, the option to trade monsters with other Trainers, more live-battle opportunities and other similar features that could spark the interest again for this highly promising game. 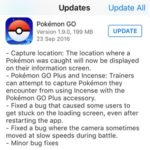 Check out below the full update log of version 1.9.0. Tap this link to open the official Pokemon GO download/update page and install the latest version on your iPhone.
– Capture Location: The location where you caught the Pokemon is available in the information screen.
– Pokemon Go Plus and Incense: You can now use Incense with the Pokemon Go Plus accessory.
– Loading Screen Bug: has been removed. Some user’s iPhones remained jammed while displaying the Loading Screen even after restarting the app. (Yes, this sounds like a Day 1 issue fix.)
– Camera Bug During Battle: Laggy Camera movement during Pokemon battle has been fixed.
– Other minor bug fixes.

Fact: Pokemon Go for Apple Watch is expected to be released by the end of the year. Do you think that it can revive the game?