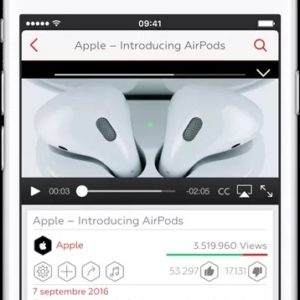 If you’re looking for another way to play Youtube music in the background of your iPhone along with a series of other features that aren’t available in the standard Youtube app, Protube can do the work for you. The great news is that this App Store Entertainment app is currently on sale for a limited time only. The developers aim to celebrate the app’s two-year anniversary with a 50% generous sale.

Protube facilitates ad-free Youtube videos that can be played at any quality you like including 1080p and 4K Ultra HD. It also comes with support for 60 fps (frames per second) playback. More, you can also watch those videos that are blocked for mobile devices, because ProTube is able to bypass this Youtube restriction. You can also opt for audio-only playback in high quality and low bandwidth usage if you want to listen to a video without following the image. These and many more features that are described below should convince you to try it out! 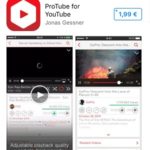 Install ProTube on iPhone and iPad
Use the official App Store download link, available nearby, to grab Protube for your iOS device.
The app is only 23.3 MB large and requires your smartphone or tablet to run iOS 8 or later. Proceed as you do with any other paid app that you purchase from the App Store. After the installation process completes, hit Open and you’re ready to start watching. It’s not mandatory to signup with a Youtube account!

ProTube Facts and Features
Other features that you can find in this app, along the ones described above are: 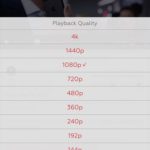 – To use this app at its maximum potential I recommend you to run iOS 10 on your iPhone or iPad. Audio mode buffers much faster if the app is run on the 10th iOS generation.
– 60fps and 1440p playback is available only for 64bit Apple devices. This includes iPhone 5S or newer, iPad Air or later.
– Sign in with your Youtube credentials to manage features like playlists, subscriptions and even uploads.
– Mirror videos to your TV if you own Apple TV or Chromecast hardware.
– Protube also comes with split screen and Picture in picture support.
– Default quality playback adjust in function of your Internet connectivity (Wi-Fi or Mobile Data).
– Slow motion and fast forward playback modes are available, along with many other features that you’ll discover while using the app!