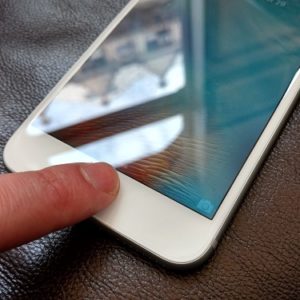 According to the latest changes introduced by iOS 10 as well as the upcoming iPhone 7 and future generation hardware tendencies the Slide to Unlock era will soon be a thing of the past. It’s in fact confirmed that it will be replaced by Press to Unlock with the iOS 10 release, scheduled for this fall. Press to unlock/open might be just a temporary solution, or a valid option while iPhones will still continue to feature a Home Button. Rumors state that he iPhone 8 might dedicate its entire display to 3D Touch capabilities, thus eliminating the need of a physical button.

But until then, the popular way to unlock the iPhone 6s and newer generations will be the Raise To Wake and Rest Finger to Open combination. Waking up your iOS device when lifting it is a gesture borrowed by iOS 10 from the Apple Watch. It’s practicality the iPhone’s corespondent of the wrist raise function available on your smartwatch. It allows you to light up the display of your device without exiting the lock screen. This means that you can read missed notifications, without unlocking your device before. This permits you take a glimpse of what happened while you were away, a “privilege” that can be rapt by Press to unlock. Second generation Touch ID is so fast that you’ll fingerprint will often unlock the iPhone before you get a chance to see the unread Lock Screen notifications.

How To Enable Rest Finger to Open 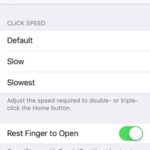 Unlocking your iPhone by placing your finger on the home button isn’t active by default. You can tweak this feature on by browsing Settings -> General -> Accessibility -> Home Button -> Rest Finger to Open. Apple labels this option as: “Open iPhone with Touch ID, without having to press the Home button.”
Fact: This feature was first introduced in the iOS 10 Developer Beta 2 and was labeled as Rest Finger to Unlock. It was modified one Beta release later to the current Rest Finger to Open. We’ll have to wait and see if this is the final tag, or other changes will appear by the official release of iOS 10, this fall. 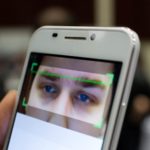 Slide to Unlock was a “trademark” iPhone unlocking gesture for years, but now its ready to surrender its role towards Rest to Open or Press to Unlock. It’s uncertain if these new methods are here to stay for as long as Slide to unlock was available. Technology evolves very fast nowadays and futuristic iPhone unlocking methods might become available soon. Getting past the lock screen could be done in the near future just by looking at your smartphone. The device’s front facing camera could scan the users retina and determine if its the owner or someone else trying to access the Home Screen.

Fact: One thing won’t ever be dropped though. And that’s the Passcode which brings that vital buffer of added security to your iPhone. But never say never!