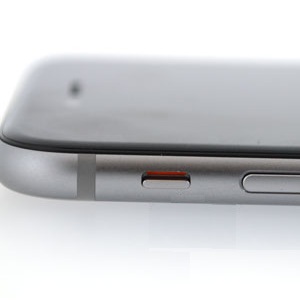 iPhone 6 Side Switch turned ON.

With iOS 9 you’re able to tweak the function of your iPhone’s Side Switch. Until now, the one and only role of this knob was to Mute/Unmute your smartphone. Thus it’s also widely known as the Mute Switch. However, it seems that Apple has decided to allow more personalization options and iOS 9 users are able to choose between the Mute and Lock Rotation features, when operating this side knob.

Lock Rotation is the setting that prevents your iPhone’s screen to automatically switch between portrait and landscape view, when you turn the device. You sometimes need to watch an image from another angle. If you rotate your device, the action is recognized by the built-in gyroscope and iOS adjusts the display’s orientation accordingly. You can however deactivate this default option and turn the device as you wish, with the screen remaining in its original orientation.

But this feature is easily accessible from the Control Center you would rightfully argue!?
It seems that Apple has considered to allow tweaking orientation lock, from the Side Switch too, because within some apps, it’s a little difficult to swipe-up for Control Center and adjust the setting from it’s traditional path.
For example, if the iOS keyboard is enabled, swiping up from the bottom of the screen, won’t unfold the stock shortcut panel, but provide some random claviature input instead.

How To Set Lock Rotation For Side Switch 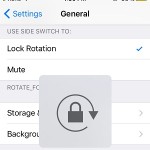 If you consider that tweaking your iPhone’s automatic rotation proprieties is more useful as a command from the side knob, open Settings and search for Lock Rotation. Tap the appropriate result and you’ll be prompted with the Use Side Switch To: option. Press on Lock Rotation to check the setting and test your selection by toying with the side knob.
Whenever you wish to return to the original command, repeat the process and pick Mute instead of Lock Rotation.
Fact: When the Side Switch is used as a screen orientation lock, the traditional Lock Screen button available in Control Center disappears, leaving only 4 selections available to choose from: Ariplane Mode, Wi-Fi, Bluetooth and Do Not Disturb.

One Response to Set iPhone Side Switch To Lock Rotation