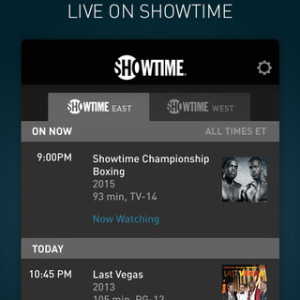 If you’re a fan of Showtime you can get this US TV station live on your iOS device via its official app. You can download Showtime’s stand-alone software from the App Store. The release comes with a 30-day free trial period, that provides access to the television network’s live stream, as well as numerous on-demand feeds to full seasons, of award winning TV series like: Ray Donovan, Dexter, House of Lies, Masters of Sex and many more.

The free trial period makes testing this app risk free. If you’re not impressed you can always quit before the trial runs out. If you do want to have Showtime TV live on your iPhone, iPad, iPod touch or Apple TV you’ll need to spend $10.99 a month. The charge is billed under the from of an an in-app purchase. Do mind though that the service works only within the borders of the United States.

How To Watch Showtime on iPhone 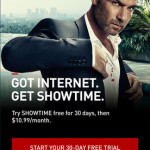 Step 1: Download and install Showtime from the App Store.
Step 2: Open the app and subscribe to Showtime, by grabbing the in-app purchase. Don’t worry you won’t be charged. The 30-day trial period comes first. If you don’t cancel your subscription by the end of the first month, you’ll be charged for $10.99 on the 31st day.
Step 3: Create a Showtime account and use your membership for watching the TV station live on your iPhone, iPad, iPod touch or Apple TV. You can even watch Showtime videos from your computer, notebook or any other portable Internet device, by accessing www.showtime.com and using your log-in credentials.

Showtime iOS App Features
– Unlimited and easy access to both Showtime live TV stations: Showtime East and Showtime West.
– You can easily handoff between support devices. Meaning that you can resume watching on another device, from where you left on your current one.
– iPhone, iPard and iPod Airplay supported. This feature projects the media content on your Apple TV, with a single tap.
– Organize your favorite shows and create a list of those you currently follow. New episodes are automatically added when they premiere.

Showtime vs Showtime Anytime iOS Apps
Showtime is a stand-alone live streaming service that allows anyone from within the United States border to sign-up and watch the TV stations and its series live online. However, if you already have a Showtime deal with your TV provider, you must already have a Showtime account and are more suited to use Showtime Anytime on your iOS device. This second app allows you to watch the TV station on multiple iOS devices using to log-in details given by your local TV provider!