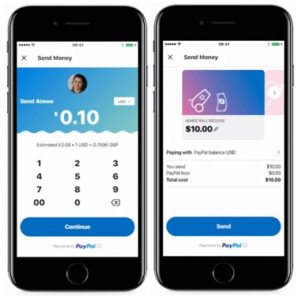 Skype, the popular VoIP (Voice over IP) app for your iPhone and iPad has just updated with a new feature to reflect its most recent partnership with PayPal. Users from 22 countries including the United States, United Kingdom and Canada are able to send peer-to-peer payments, via the popular online payment processor, to their online Skype-using contacts. The new functionality follows the trend announced by Apple during WWDC 2017, which showcased an upcoming iOS 11 Messages feature called Person to Person money transfer.

The stock iPhone option works via the iMessage system, which limits it to Apple contacts, and includes the Apple Pay Cash card, which stores funds received via these transfers, allowing you to pay for App Store and iTunes purchases or withdraw to your bank account. On the other hand, Skype’s addition allows you to send quick payments to online contacts that are using other platforms, like Android, too. The downside is that the transfer is currently limited to PayPal account owners.

How To Send PayPal Payments Via Skype 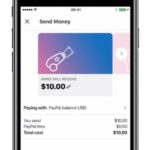 1. First of all, you need to make sure that the latest version of Skype for iOS is installed on your iPhone, iPad or any other third party smartphone. If you already own an account and have the app on your device, open it.
Fact: You only need the latest version of Skype to send money. Receiving funds is possible on older versions too.
2. Link your PayPal account to the Skype profile that you are currently using on your iPhone or iPad.
3. Open the conversation screen with the contact that you want to send a payment to.
4. Select “Find” in the top menu of the conversation screen and tap on Send Money.
5. Input the amount that you want to transfer, confirm and tap on Send. That’s it!

Important: This money sending feature is intended only for personal payments between friends and family members. You can’t pay for services via the Skype money transfer feature!

Tip: As with regular PayPal payments sending money from your account balance or from and U.S. debit card is charge-free. However, if you use a credit card you should expect a 3.4% + 0.30$ fee.