Posted in Errors and Issues by Mike on September 15, 2022 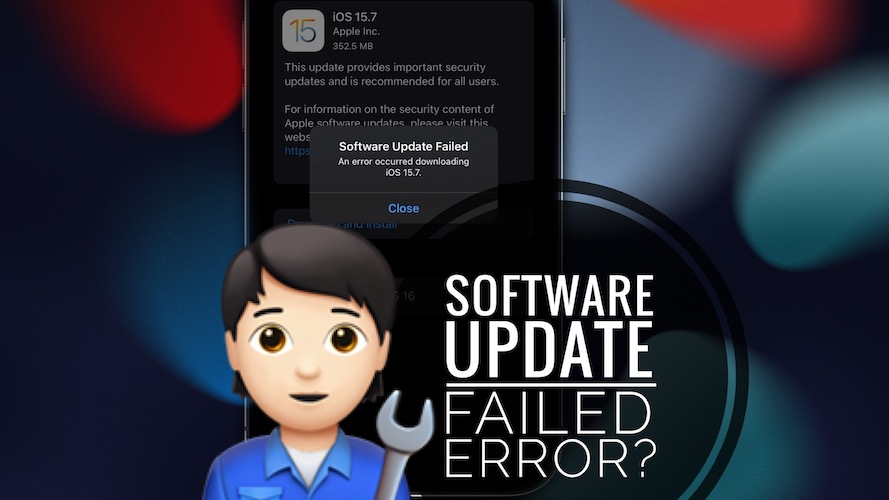 Are you getting the Software Update Failed an error occurred downloading iOS 15.7 popup? Same issue repeats itself if you tap Cancel and restart the update process? You’re not the only one encountering this problem. Here is what you can do!

This issue has been reported by Nora on our iOS 15.7 review page:

“I am prompted with Software Update Failed every time I want to download ios 15.7!”

We couldn’t replicate the error but have found similar reports on Reddit.

How to Fix Software Update Failed In iOS 15.7

There are two potential causes for this error: overloaded Apple servers and an iPhone storage glitch that’s requiring more capacity than usual for the update to take place.

We recommend the following workarounds:

Rebooting device will cause minor glitches to be flushed out. Force restarting takes less than a minute and can do wonders.

Restart your device and try to update to iOS 15.7 once again. Does it work?

Some users have confirmed that they managed to get around this error, by freeing up extra space on their devices:

Tip: You can check and free up storage space in Settings -> General -> iPhone Storage.

More details about the Software Update Failed problem are available in our YouTube video:

If Apple’s servers are busy or experience a downtime, the iOS 15.7 download fails and you’re prompted with the above popup.

You can check the status of Apple’s servers on their System Status page (direct link).

Fact: If an issue is confirmed, be patient and try to update later!

Have you managed to get past the iOS 15.7 Software Update Failed error? Do you have a better solution or more questions? Share your feedback in the comments.

Related: A similar update error reading Unable to Check for Update has been reported for the iOS 16.1 beta. You can read more about it here.