Tag: App of the Week 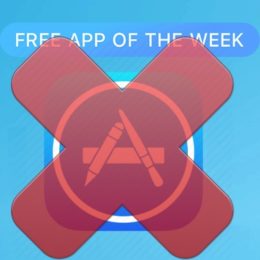 There aren’t only good news when it comes to the public release of iOS 11. The revamped App Store, included in the 11th iOS generation doesn’t have anymore plans for Apple’s trademark Free App of the Week campaign, that featured a premium app gone free. for 7 days, each Thursday. The redesigned App Store fails… 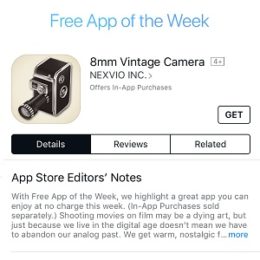 8mm Vintage Camera Goes Free As App Of The Week

Apple has decided to mix them up a little and has chosen this week to feature an application, instead of a game, in the Free App Of The Week campaign. 8mm Vintage Camera is a one of a kind photo capturing and editing piece of software for your iPhone and iPad. It’s able to bring… 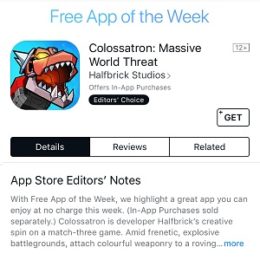 App Store editors have just announced the next game going on sale and featured in the Free App of the Week promotion. It’s Colossatron: Massive World Threat developed by Halfbrick Studios. The app usually retails for $0.99, but you can download it for free during the next 7 days. If you’re into war themed puzzlers,… 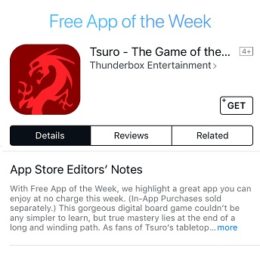 Apple has just announced the Free App of the Week 33! Tsuro can be downloaded free of charge during the next 7 days! Save $3 and grab this 5-star rated digital board game developed by Thunderbox Entertainment for iPhone and iPad. Pave the path for your stone and use as many tiles as possible in… 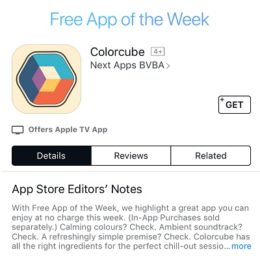 Colorcube Is App Store’s Free App Of The Week 32

Apple has just updated it’s App Store promo known as Free App of the Week, with the Colorcube visual puzzle game. The software is developed by Next Apps BVBA and is tailored for both iPhone and iPad. Every Thursday, a new app goes free for a week to allow worldwide iOS fans to enjoy premium…

Read More
Tags:App of the WeekApp StoreColorcubeDownloadFreeiOSiPadiPhonePuzzle
Previous Posts
Copyright © 2014 - 2023 iPhoneTricks.org
This website is not owned, licensed or affiliated with Apple Inc.
The content of this website is not supplied or reviewed by Apple Inc.
iPhone is a trademark of Apple Inc. For more info please read our Disclaimer.