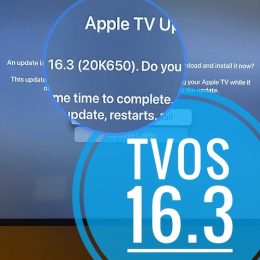 Apple has released tvOS 16.3 build number 20K650, which is the same build as the RC, although it comes one day later than expected and one day sooner than rescheduled! tvOS 16.3 Update This update is available, over-the-air for the Apple TV 4K, 4K (2nd. gen) and HD: 1. Open Settings app on your Apple… 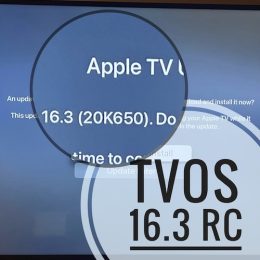 Read More
Tags:Apple TVApple TV 4KApple TV 4K 2Apple TV HDBugsFeaturesFixesRelease CandidatetvOS 16
Copyright © 2014 - 2023 iPhoneTricks.org
This website is not owned, licensed or affiliated with Apple Inc.
The content of this website is not supplied or reviewed by Apple Inc.
iPhone is a trademark of Apple Inc. For more info please read our Disclaimer.