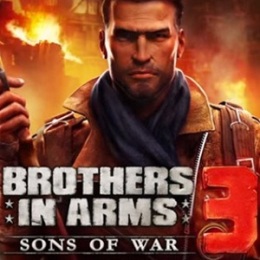 One of the most popular new games on the App Store, at the beginning of 2015, is a classic World War II shooter developed by Gearbox Software and published by the French from Gameloft. It’s called Brothers in Arms 3 and marks the 11th release of the famous BiA franchise. Sons of War is the…

Read More
Tags:App StoreBiAGameGameloftGameplayReview
Copyright © 2014 - 2023 iPhoneTricks.org
This website is not owned, licensed or affiliated with Apple Inc.
The content of this website is not supplied or reviewed by Apple Inc.
iPhone is a trademark of Apple Inc. For more info please read our Disclaimer.