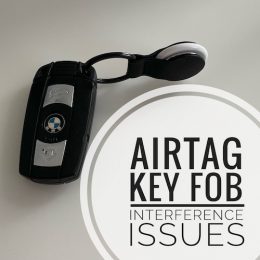 Is your car key fob glitching ever since you attached an AirTag to it? Unfortunately, this isn’t uncommon. I could replicate the issue with my own fob and also found various reports of AirTag key fob issues on Apple’s support forums. Apparently, the Apple AirTag is able to cause interference in the communication of a… 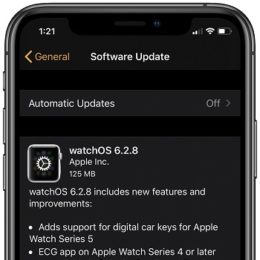 watchOS 6.2.8 is now available to download on all compatible Apple Watch models. It follows after watchOS 6.2.6 that was also a release the patch security vulnerabilities. This is the 10th software update for watchOS 6 and could be the last one of the series. Apple previewed watchOS 7 at WWDC 2020 and the upcoming… 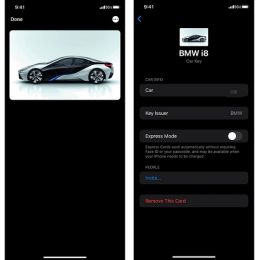 Recently, some screenshots have surfaced, on Twitter, showing an alleged iOS Car Key interface. It’s unclear if they’re faked or actual leaked captures of the upcoming new iOS 14 feature. Nevertheless, and in depth code analysis of the most recent iOS 13.4 release confirms that Apple is intending to provide digital car keys in collaboration…

Read More
Tags:Apple WatchCar KeyFeatureiOS 14iPhoneNFC
Copyright © 2014 - 2023 iPhoneTricks.org
This website is not owned, licensed or affiliated with Apple Inc.
The content of this website is not supplied or reviewed by Apple Inc.
iPhone is a trademark of Apple Inc. For more info please read our Disclaimer.